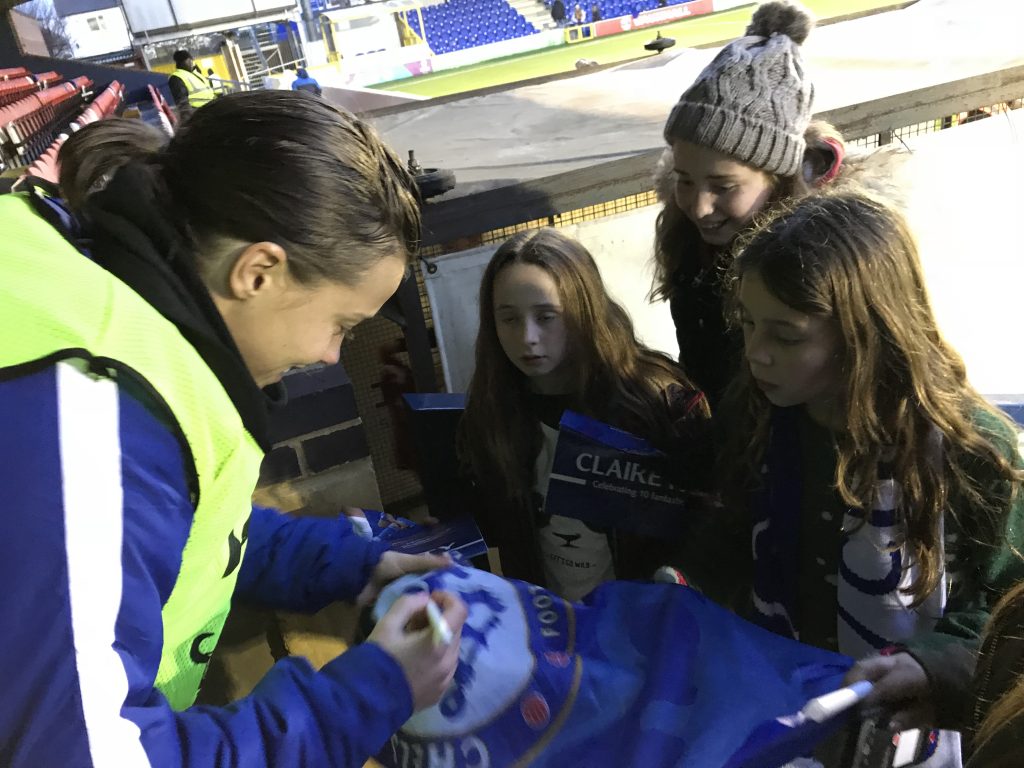 Fran Kirby smashed a hat-trick as the Blues thrashed Liverpool 5-1 at the Kingsmeadow Stadium this afternoon in the quarter-final of the Continental Tyres Cup.

The other goals came from Ramona Bachmann and substitute Erin Cuthbert.

Casey Stoney got the consiolation effort for the Scousers.

‘Mini Messi’ Kirby opened the scoring for Chelsea in the fourth minute when she outpaced Gemma Bonner and struck a fine, left footer past Siobhan Chamberlain. It was a quick counter-attack after the visitors had started confidently.
Chamberlain made a magnificent save from a Ramona Bachman blaster three minutes later as the home side threatened to go on a goal rampage.
Within two deadly minutes the Blues destroyed the North West side with killer finishes; Ramona Bachmann and then Kirby cut the Liverpool defence apart, racing clear and clinically slotting home past Chamberlain.
Liverpool’s albeit infrequent foray towards the Chelsea goal, almost reaped dividends two minutes before the break. Caroline Weir saw her scuffed shot rebound off Carly Telford’s right post.
There were no changes by either side at half-time.
Like the first half, Chelsea started the second sluggishly and Telford had to dive at full stretch to thwart a powerful Tash Harding header on 50 minutes.
The inevitable goal came from the boot of Casey Stoney a minute later.
Kirby should have snatched her hat-trick on 55 minutes but her low left-footed drive was tipped round the post by Chamberlain.
Inevitably the Kirby roadshow resulted with her third goal and it was the simplest of toe-pokes home from close-range on 64 minutes.
The Blues had weathered the early response by the Scousers admirably and regained control of the tie and were pushing on to score more.
Kirby’s work was done by the 75 minute and she was replaced by Eni Aluko.
The rout was completed three minutes later when substitute Erin Cuthbert smashed home a 20-yarder that gave Chamberlain no chance.

Aluko thought she had hit number six deep into added tome, but she was adjudged to be offside.

The draw for the semi-final will be made tomorrow.