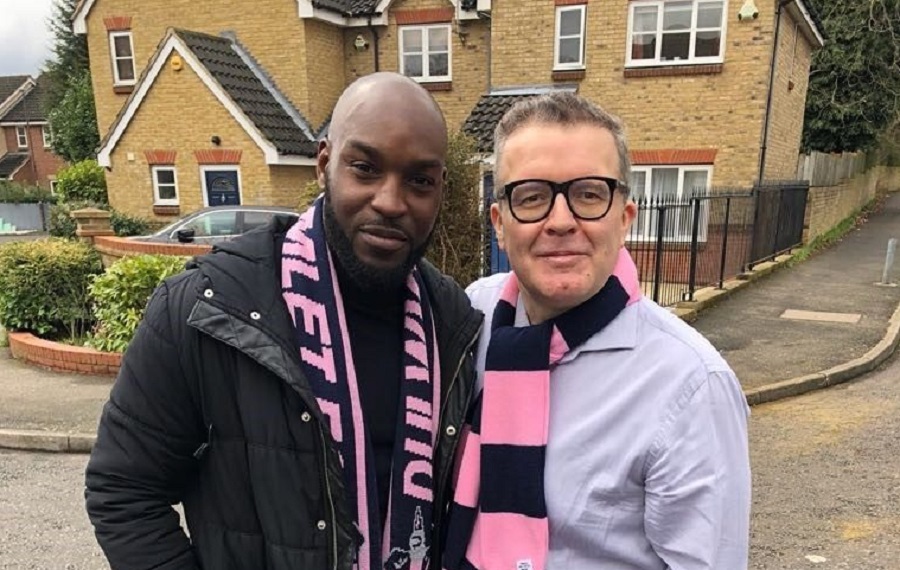 Deputy Labour leader Tom Watson has called the behaviour of developers a “complete disgrace” and has pledged his support for a local non-league club.

The frontbencher backed the non-league side in its battle with Meadow Residential (MR), whose bid to gain planning permission to build flats on the club’s Champion Hill ground was rejected by Southwark council. Hamlet fans will tomorrow march from Goose Green, Dulwich, from 12.30pm, to Champion Hill to protest against the company, whose climbdown on an attempt to evict the club sparked it into a groundshare with local rivals Tooting & Mitcham.

The Shadow Secretary of State for Digital, Culture, Media and Sport, met a dozen supporters, manager Gavin Rose and club director Tom Cullen last week to show his backing for the Bostik League Premier Divison side. He said: “Dulwich Hamlet is a much-loved club and the behaviour of MR is a complete disgrace. They are among the most rapacious immoral developers I have come across.

New York based MR have asked the club to pay £120,00 in backdated rent. The club say they have been locked out of the ground, but the developers said they will respond positively to any reasonable request to gain entry. The developers have also trade marked the name ‘Dulwich Hamlet Football club’ but have said that they will give the club the name back for free.

Hamlet were knocked out of the Velocity Trophy on Tuesday their first game at their adopted home. Defender Anthony Acheampong said the unfamiliar surroundings and off the field issues played a part in their underwhelming display. “It’s difficult but they staff have helped us focus on the football,” he said.

The club are into their 111th season in the Bostik Football League, formerly known as the Isthmian Premier Division.

Former England captain Rio Ferdinand attempted to buy the club for £10million but this was rejected MR. Hamlet, founded in 1893, moved to Champion Hill in 1993 to celebrate their centenary. The former ground, in an almost adjacent side, also on Champion Hill, was one of the venues for the 1948 Olympic Games.