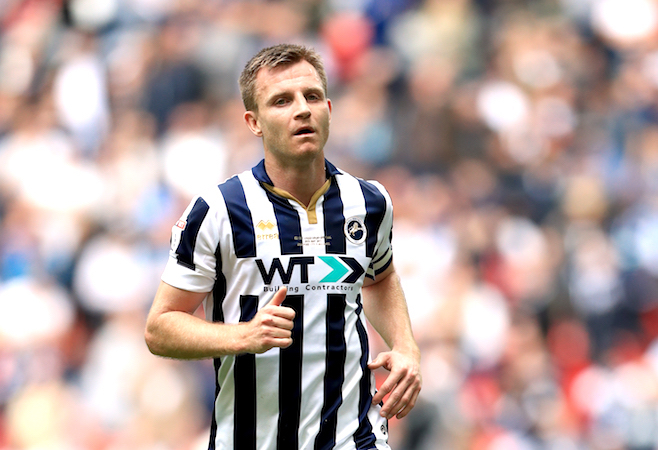 Tony Craig has confirmed that lack of game time was behind his decision to leave Millwall last month.

The Lions club captain joined Bristol Rovers at the end of the winter transfer window.

Craig was due to be a free agent in the summer but Millwall manager Neil Harris had indicated he wanted the 32-year-old to stay longer in SE16.

Craig told the club’s matchday programme: “I’m someone who wants to earn my money, and if I’m not playing I’m not doing that.

“I only played eight games for Millwall this season, and that’s nnot enough for me. I want to wake up on a Saturday morning with the nerves and excitement that come before a game.

“I’m determined to keep playing for as long as my body will let me, and to do that I have had to leave and now thankfully Bristol Rovers have given me that chance to start the next phase of my career.”

Craig played 322 senior games in three separate spells with the Lions. It puts him 16th on the club’s all-time appearance list.

“I always have to give 100 per cent, that’s the bottom line,” he said. “I may not always have had a good game, but afterwards no-one can ever deny that I gave it everything I had.”

“I played with some great players during my time here – and none better than the gaffer.

“He always had time for me when I was a youngster and he’s been superb for me ever since.

“Our relationship has changed over the years as I went from being youth team player to team-mate and later he took over as manager and I played under him.

“We’ll always remain friends and I wish him and everyone at the club nothing but the best.

“I have some great, great memories. The highlights were obviously leading Millwall out at Wembley and winning promotion there twice.

“To have my family, who have been my rock through all the highs and lows, there to support me made me very proud. I can’t thank them enough.”