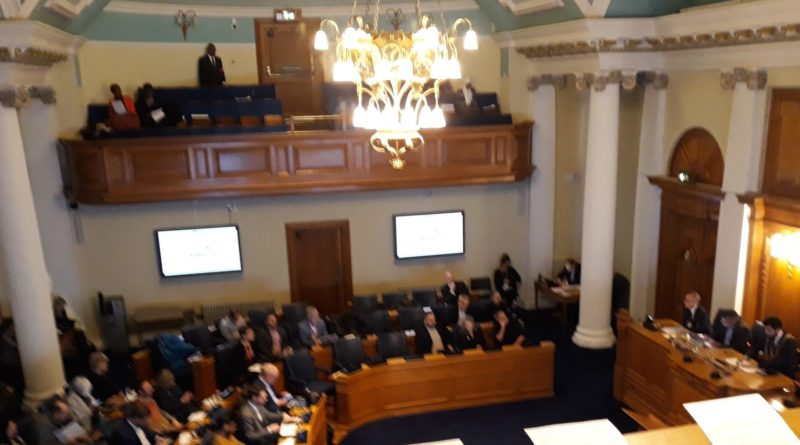 One town hall has set the highest possible rise in council tax and put aside a quarter of a million to fight the climate crisis.

A council tax hike of 3.99 per cent has been approved by Lambeth council, which includes a two per cent adult social care precept.

Half a million pound was set aside to tackle youth violence, bringing the fund to £1 million.

Part of the budget for fighting the climate emergency involves setting up a citizens’ assembly “to work with residents on a plan to significantly reduce carbon emissions across the borough”.

A one per cent social value levy will be applied to third party contracts to bring in £1.2 million for the youth opportunity fund.

Councillor Andy Wilson, cabinet member for finance and performance, said the future of funding was uncertain.

He said: “The message is clear, Tory austerity is not over.

“Funding increases from central Government represent a drop in the ocean – a very modest four per cent increase nationally marks a reduction of 63 per cent in the last 10 years.

“This small rise does nothing to address the increase in demand in areas like special needs, school funding and children’s and adult social care.”

The schools block allocation increased by £1.2m “but this is one of the lowest increases in the country, at a time when school funding is being increased”, according to the budget report.

The Greens proposed a “Carbon Budget”, increasing reserves to 8.2 per cent, while cutting communications and council allowances “in order to add five new staff members to the council procurement team”.

“The Green group identified mistakes in the figures for the reserves passed by November’s cabinet.

“This report was signed off by the strategic director, the director of finance, the cabinet member for finance and the whole cabinet.

“It also went to scrutiny where this was not picked up either.

“While these mistakes do not impact the overall budget, it is worrying because they should have been immediately visible at a cursory glance.

“We need to be sure that our processes and procedures will pick those mistakes up,” he said.

He said the council should “end the sale of short-life council homes”, adding that number of council homes sold since 2010 has reached more than 300, outside right-to-buy. He added: “Since 2011 it has cost Lambeth tax payers over £1.5 million in staff and legal fees.

“Thanks to work by the people’s audit we now know where these council homes have gone.

Buyers have been based in Spain, Singapore, Malaysia, Taiwan and United Arab Emirates

“They have gone to offshore developers registered in the British Virgin Islands, Hong Kong, the Isle of Man, and Kuwait. They’ve also gone to buy-to-let landlords.”

The Green alternative budget also contains plans for reversing Lambeth
Labour’s charges to adult social care, and cuts to children’s centres
and libraries. Greens say this could be funded by investing in making
the council’s contract management team more efficient.

The Green Group also claims to have identified mistakes in the November financial
report passed by Lambeth council’s cabinet in the reporting of reserve
levels.

Councillor Jonathan Bartley (St Leonard’s) said: “Whether it be on tackling the climate emergency or fighting cuts, where
Greens lead Lambeth Council  follows. Our alternative budget is
anti-austerity, green and progressive and will help Lambeth to take the
necessary steps to achieve carbon neutrality by 2030 as well as mitigate
the worst effects of cuts, tackle our housing crisis, improve working
conditions for staff and increase the council’s accountability to local
residents.”

The Conservative alternative budget proposed to reduce the council tax hike by one per cent and put £2.5 million into the climate emergency action plan, 10 times what was proposed by Labour.

It included cuts of £10 million to shared services and £1 million to libraries.

The council’s sole remaining Conservative, Cllr Tim Briggs, said his alternative budget was seeking to “hard bake the procedures that will enable you to exercise enough corporate grit to be able to implement those changes that all of the parties and all of the councilors say they want.

“You can’t do what you’re claiming to do. For example with the climate emergency actions plan […] it needs to set out quantitative analysis, not just qualitive ‘we need to do this because its good’ because that’s so vague it just gets lost.

“We need to talk about the timeline and which lead officers are responsible for doing these things.”

He also urged that a centralised commercial contracts team be created and that Lambeth start sharing work with other councils.