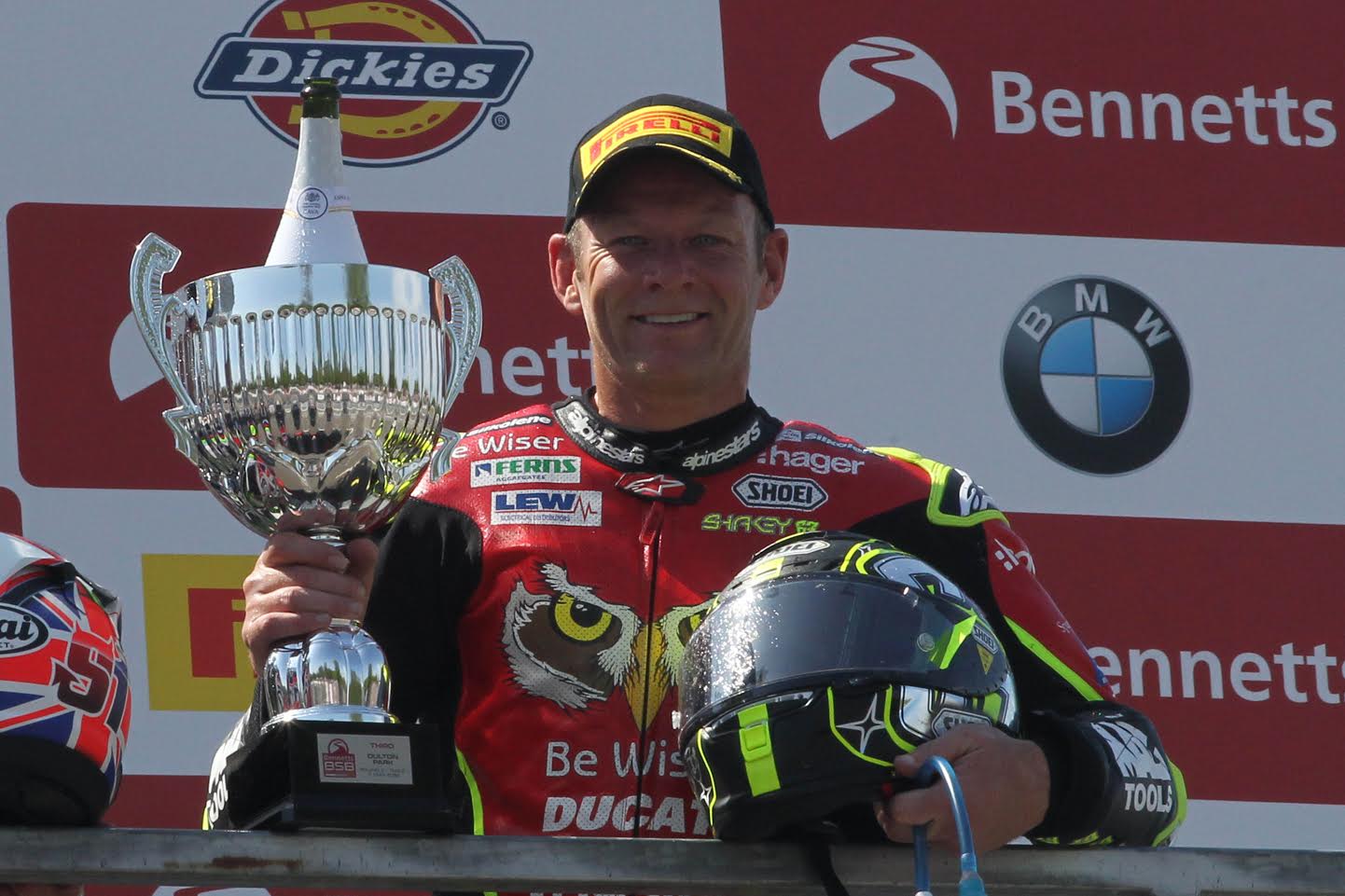 Shane “Shakey” Byrne is recovering in hospital after suffering fractures in his back after a huge crash last Thursday.

The six-times British Superbikes champion, 41, fell three laps into the first session of testing his Ducati Panigale R at the Snetterton 300 circuit in Norfolk.

Byrne had an operation on Monday to stabilise several spinal fractures in his neck and back.

The accident happened at Palmer – a deceptively tight left-hander. Byrne briefly lost consciousness. He was assessed at the track’s medical centre before being transported by ambulance to Norfolk Hospital.

Bennetts British Superbike Championship’s official Twitter account tweeted: “He will continue to receive further treatment ahead of an extensive recovery period from the operation and his other injuries.”

The next round of the championship is at Snetterton between June 15-17, followed by Knockhill from July 6-8.