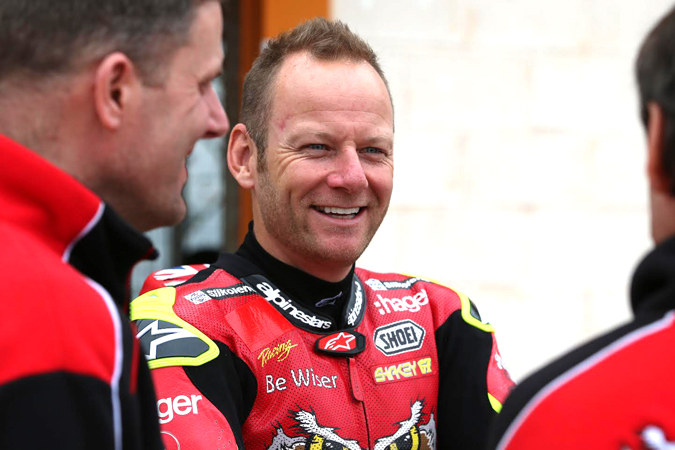 Championship leader Leon Haslam won both races in round four at the Snetterton 300 circuit in Norfolk, writes Giles Spencer.

The JG Speedfit Kawasaki rider extended his lead to 64 points over Suzuki’s Bradley Ray, who failed to add to his tally of 101 points after ending both races in the gravel.

Byrne (41) sits three points further back on 98, although no doubt that was helped by Honda’s Jason O’Halloran missing the round after breaking his ankle in a World Superbike wildcard ride in Imola and his Ducati teammate Glenn Irwin crashing out of a potential podium in race two.

Gino Rea had his best results of the season so far.

After a strong showing at the Snetterton test last month the Tooting born racer finished 14th in the opening race on his OMG Racing UK Ltd Suzuki GSXR1000 before taking a career best 11th place in the second moving up to 19th in the Championship.

The Championship moves onto round five at Knockhill, Scotland on July 6-8.