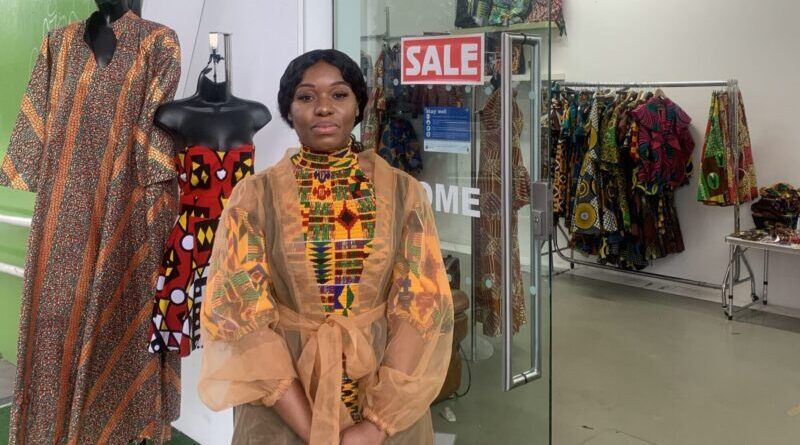 A woman who says she is the last traditional African dress business in the area is facing eviction by a town hall which will turn the property into luxury flats.

Joycelene Praman, owner of Tess Couture, inside the Peckham Arch in Peckham High Street, has been told by Southwark council that she must vacate the premises for a block of flats to be built, as part of a large-scale redevelopment of the area.

Joycelene claims the council has not made enough effort to help her find new premises, has given her no assurances she can return after the redevelopment finishes, and has not given her a firm eviction date – only that she should prepare to leave soon.

“I’m not going to be pushed out of my community just like that,” said Joycelene. “I’ve been stressed out. Distressed. Distraught and saddened that a local authority could behave like this.

“The properties they are building are not for local people. What about the people who live here? They have been pushed into poverty.”

Joycelene, who was born and bred in Peckham, believes Tess Couture is the last African dress shop in the high street and in Rye Lane – an area with a formerly high number of black-owned businesses.

In the past, Tess Couture has served as a hub for the elderly African and Caribbean community, and engaged in charitable work with offenders and those with autism.

“They (Southwark council) have not done anything for the black community,” said Joycelene. “The least they can do is offer me another property at a decent rate. Or when they finish building are they going to give me back a shop?”

In an email seen by the South London Press, a Southwark councillor said Joycelyn had been offered other council properties and to fund removal and storage costs of her stock.

But Joycelyne said the properties offered were not appropriate for her shop, rent and business rates offered by Southwark council were too high, and she was being “priced out of the area”.

“Two of my neighbours have already gone,” Joycelyne added. “They are now out of business. One of them had been there for 20 years.

“They should know that the economic makeup of the area will mean many traders cannot survive.

“What is happening to the black community is really bad. Brixton. Elephant and Castle. And now Peckham. People are being pushed into deprivation.

“What should I do? Go on benefits? I also employ two people. Where should they go?

“That’s not how you treat people. They just said ‘get out’.”

Southwark council earmarked the area from Peckham Library to Peckham High Street, including Peckham Platform, for redevelopment in 2016.

They teamed up with Carl Turner Architects who proposed to remove the Peckham Arch which has stood at the entrance to the square since 1994.

The redevelopment, called Peckham Square, has promised 19 new flats – six of which will provide social housing – shops and communal spaces.

The South London Press approached Southwark council and Carl Turner Architects for comment but they failed to respond.