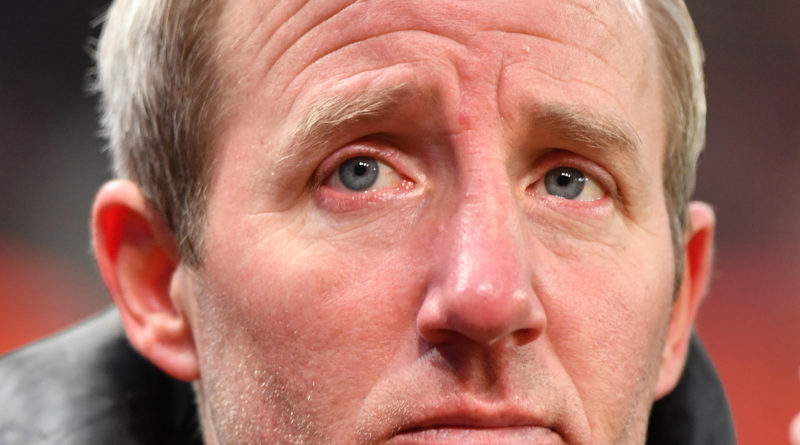 Lee Bowyer says Charlton Athletic came up against a Stoke City side at their top of their game on Saturday – and has the comments of their backroom staff to support that.

The Addicks put in a disappointing display as they lost 3-1 at the bet365 Stadium.

Bowyer said: “They were better than us.

“I spoke to their staff after the game and they said that’s the best they’ve played all season. It was the best [Tom] Ince has played by a long, long way. He was taking the ball and getting in good positions. Their midfield three were very good.

“But they can do that – they are Premier League players. This is what I don’t think people understand. Okay they are in a position they shouldn’t be in but since this manager has gone in he has turned them around a bit – they are working a lot harder than what they were doing before.

“That was the biggest thing I noticed watching their games before we played them.

“If you work hard and players turn up and perform the way everyone expects them to then they are a good side. You can’t deny that – they brought [Sam] Vokes off the bench, an established striker who has been in the Premier League.

“If you look at the two squads, we have got no given right to go and win any game – home or away – especially in this division.

“Was I disappointed? Of course I was. I don’t want to lose any game – but they were better than us all over the park.”

Charlton follow up with a trip to Forest tomorrow.

“It’s going to be tough,” said Bowyer. “They are not in third place for nothing.

“When we played them at our place I think we surprised them. We should’ve beaten them, I watched the game back yesterday. We were better than them on the night.

“We know we’re capable of doing that, it’s just a case of getting the weekend out of our system and going again. We have to try and win those individual battles more – because a lot of games are won or lost in midfield.

“You need your strikers to be in form and to take a chance when they get it.

“To be fair we scored a good goal at the weekend. We didn’t have many good moves in the game but that was definitely one. We had a few once we changed it after their goal.

“We put an extra striker up top and came into it towards the end of the first half.

“We’re just conceding poor goals. You do well to come back into game just before half time and then they score early in the second half.

“I’ve watched it back and the goals are not good.

“The first one is from a set-piece, someone doesn’t take their runner and he gets in at the far post. We don’t get those type of goals.

“For the second one we don’t really do too much wrong. Our midfield shouldn’t be goalside when Joe Allen picks it up. Three of our four come out – it’s the right thing to do because if not then Allen shoots – but one gets left behind. That’s something we work on, but someone switched off.

“The third one is just a simple cross in the box. We’ve got two centre-halves marking one striker and he manages to get between the pair of them. That can’t happen. It’s the basics of defending that is costing us.

“When we went to Preston and the fella puts a 25-yarder in the top corner you can accept them – that’s a bit of brilliance. But the goals at the weekend could so easily have been avoided.

“We keep making the same mistakes. It isn’t right and isn’t good. All we can do is keep working hard and trying to put that right.”