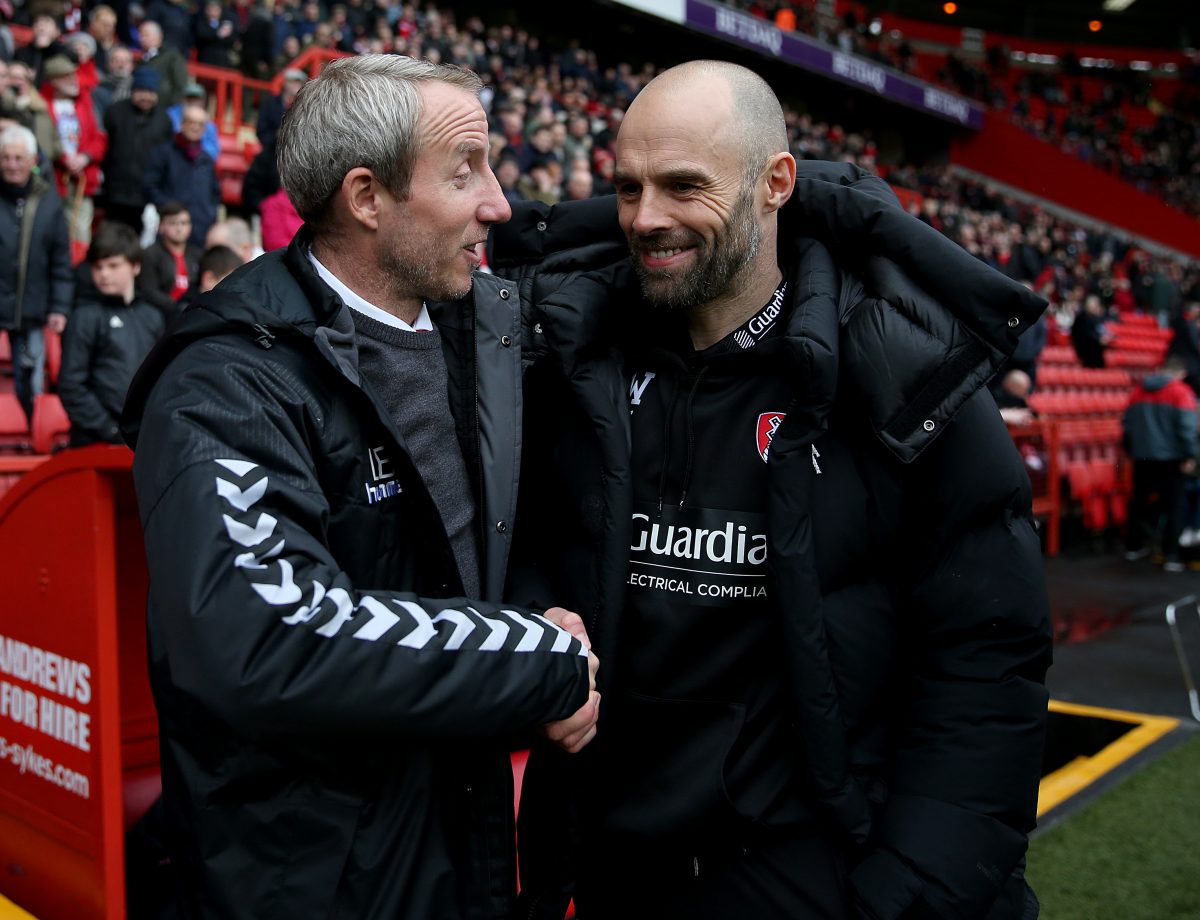 Lee Bowyer believes that his Charlton side can win all seven-remaining league fixtures this season.

The caretaker Addicks boss’ side triumphed 3-1 over fellow top-six hopefuls Rotherham United at The Valley this afternoon to extend his perfect start to three wins from three.

“That’s where we want to be come May,” said Bowyer as his team climbed back into League One’s top-six.

“It’s only been three games that I’ve been in charge and we’ve got another seven to go. I’ve said to them there’s no reason why we can’t win all of them. If you perform the way they have in the three games I’ve been in charge, there’s no reason why they can’t win the next seven. Will that happen? We’ll have to wait and see but I believe in them and they’re a great bunch of lads.

“I’ve always believed in those players. They just needed to start believing in themselves and showing a different side of their game. They had to start playing as a team. That’s the only difference really. That and the hard work.”

Michal Zyro’s first-half strike was added to by a brace from Joe Aribo after the interval as the South Londoners held onto their victory despite Richard Wood’s late consolation.

“I thought it was a tough game,” explained the Charlton boss.

“First-half we were a bit sloppy at times, our passing and movement wasn’t the best. We competed, which we needed to do. We were probably fortunate to go in a half-time one up but second-half we dominated the game and could probably have had another two or three on top of that. Their keeper made two great saves at the end.

“We deserved the three points. I said to them I’m proud of you. They’re a different animal now. Everyone knew that they could play but teams were trying to bully us. Rotherham have come here as a physical side but we’ve stood up and all been counted as men. Then when we get the ball down, we know how dangerous we are when we attack.

“It just shows the togetherness we’ve got. The dressing room is a good place at the moment.”

4 thoughts on “Lee Bowyer: Charlton caretaker boss reckons the Addicks could win every game left this season after 3-1 victory over Rotherham”