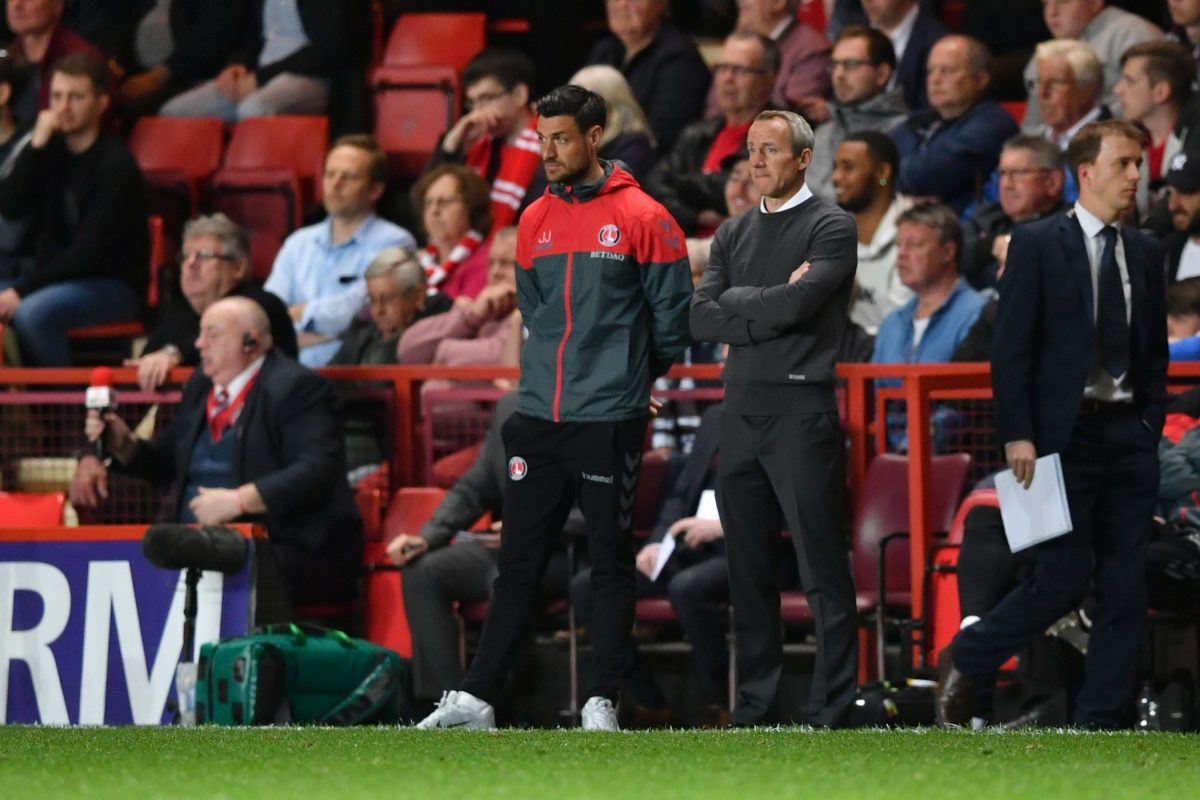 Lee Bowyer sounded a defiant message after Charlton’s 1-0 defeat to Shrewsbury Town – and also criticised the away side’s time-wasting.

But Bowyer is convinced that the Addicks are the better team – and will prevail in Shropshire on Sunday.

“I said to the lads ‘don’t get too down – you didn’t deserve to lose that game’,” said the caretaker boss. “There is a lot of football to be played. I believe my side are still better than their side.

“They have just beaten us, but my side are better. We’ll go there and turn it around.

“I’m disappointed to lose the game, I don’t want to lose any game. But I don’t think there was too much in it. It was two honest teams who gave everything.

“We created two or three very good chances in the first 20 or 25 minutes but didn’t take them. It took a great strike from the lad to nick the game at the end.

“There is a long way to go yet, still 90 minutes to play. We went up there not long ago, won by two goals and it could’ve been more.

“We score that first goal and we go on and score two or three and win comfortably, we were just passing through them. They weathered the storm and then we started taking too many touches and giving it away cheaply in the final third. We’ll have it right on Sunday, I have no doubt.

“The lads are gutted in there but I told them to keep their heads up.”

Shrewsbury were happy to run the clock down from the opening minutes.

Bowyer said: “I don’t believe in things like that. If they are winning 1-0 with 10 minutes to go, I understand that – but not from the beginning. You have got 180 minutes of football to play. But it is what it is.”