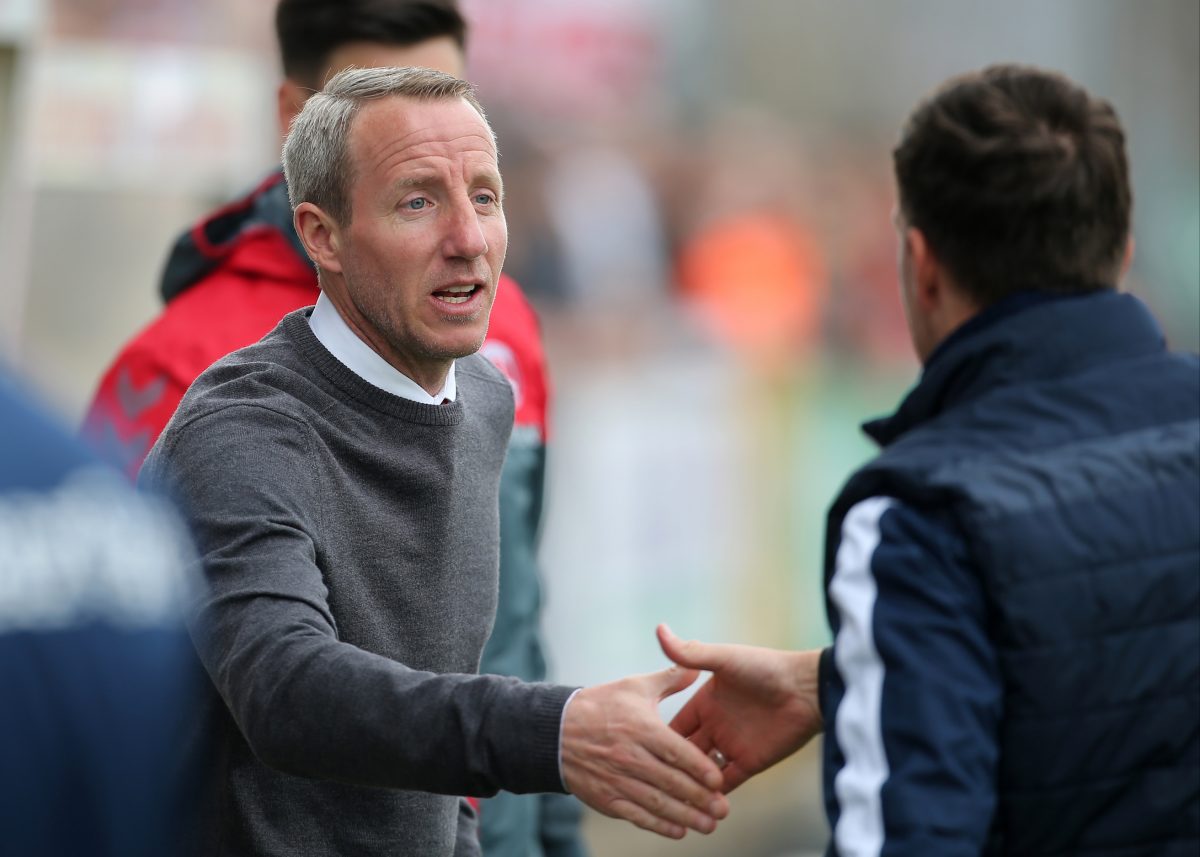 Lee Bowyer was disappointed to come away with only a point after the 1-1 draw at Bristol Rovers.

Kyle Bennett capitalised on a mistake from Addicks captain Jason Pearce to give the Gas a first-half lead, with Ben Reeves hauling the visitors level just before the interval.

Charlton did have a number of chances to win it in the second-period, but they were forced to settle for a point that keeps them in League One’s play-off places.

“I think we should have won,” explained the caretaker Addicks boss.

“Whatever game we go to, we’ll be looking to win. Am I happy with a point? Not really. We had enough chances to win the game. There was only going to be one team that was going to win it in the second-half and that was going to be us. A point is better than nothing but I’m disappointed to be honest.

“First-half I thought we were sloppy. They were first to everything, won every second ball. We didn’t move the ball quick enough. I thought that we were not the same side first-half. Second-half, we stepped it up again, created a few chances and on another day, we would have won that game.

“Overall, disappointed to be leaving with just a point. It makes Tuesday’s game (at AFC Wimbledon) even more important, to go and win there.”

Bowyer backed his skipper Pearce to bounce back from his error that led to the opening goal, where the defender left a header back to his goalkeeper short with Bennett nipping in.

“Everyone makes mistakes,” he said.

“They’re human beings. We all make mistakes. Pearcey has been solid last three games. He’s made a mistake but there’s a lot of good things that he’s done to make up for that mistake. He puts his body on the line every time he steps on the pitch. It’s done now, and we just move on.”

The temporary Charlton chief also praised his side’s mentality as they came from a goal down to take something from the contest.

“It shows their character and their togetherness to come from behind,” he explained.

“It’s a tough place. Their crowd were good. The pitch wasn’t very good. They showed good spirit and character to come from a goal behind but I think we should have won it. Looking back over the full ninety minutes, we had a lot of good chances.”