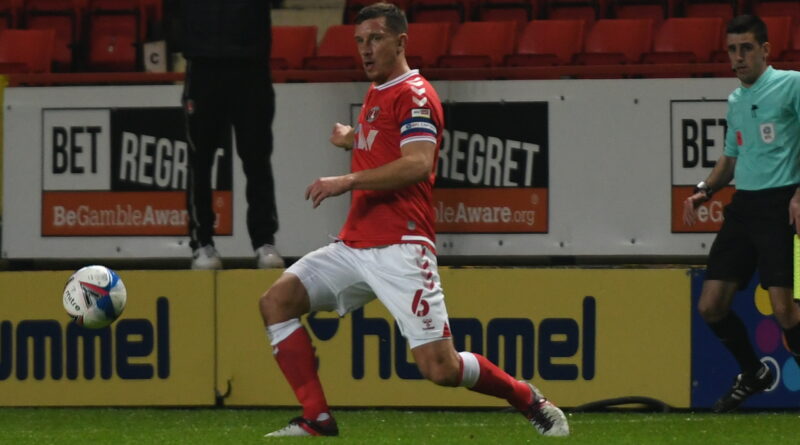 Charlton skipper Jason Pearce came through his return from injury unscathed as the centre-half completed 45 minutes against Leyton Orient in the EFL Trophy – but boss Lee Bowyer said next weekend’s trip to Gillingham may come too soon for him to feature from the off.

The defender hadn’t been involved since the Addicks faced Leeds United at Elland Road back in July – the final game of the Championship season.

The 32-year-old had picked up a knee injury during pre-season, before suffering a calf problem as he looked to return to training.

Charlton are short of centre-back options at the moment, with Norwich loanee Akin Famewo out for a few weeks with a hamstring injury.

Pearce was withdrawn halfway through the clash with the O’s as he eased his way back into the action. Charlton now have this weekend off for the international break before travelling to Priestfield a week on Saturday – but Bowyer reckons Pearce is unlikely to be ready for a full 90 minutes of League One football so soon.

Bowyer said: “That will be difficult to ask him to do that but we will be training Saturday. A little in-house session. If we can get enough bodies together we’ll do an 11 v 11 for maybe an hour. It won’t be as intense as a normal game but it will be good for [Marcus] Maddison and good for Pearce.

“Deji [Oshilaja] is back training now as well. If we can get some minutes into them boys for an hour or 45 minutes, that will be the plan. Gillingham will come too quickly for Pearcey but the most important thing is he got 45 minutes into him today and came through it okay which is important.”

Midfielder Alex Gilbey is close to a return from an Achilles knock. Bowyer expects the former Milton Keynes man to return to full training next week.