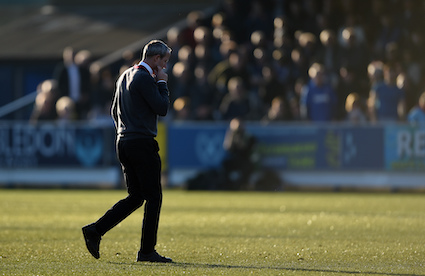 The Addicks boss was dismissed early in the second half of last weekend’s 2-1 win at AFC Wimbledon.

Bowyer had not contested the FA charge that followed.

He will also not be able to go in the technical area for the home games against Portsmouth and Burton Albion.

The FA issued a statement: “Charlton Athletic manager Lee Bowyer will serve a three-match touchline ban after using abusive and/or insulting language towards the match referee in both the 46th minute and following his dismissal during the EFL fixture against AFC Wimbledon on 23 February. He has also been fined £1,750.”