Lee Bowyer felt Charlton’s midfield diamond didn’t totally sparkle in Saturday’s 3-1 win over Luton Town – but has put some of the blame on himself.

The Addicks chief went with that formation for the crunch Championship fixture.

But centre-back Deji Oshilaja, playing at the base of the midfield, was taken off after a shaky opening 55 minutes.

Replacement George Lapslie, who has missed five months with hamstring problems, came on and scored the third goal.

“It’s been hard for him [Lapslie] and also for us, because he’s been out a long time and we’re lacking bodies in the middle of the park,” said Bowyer.

“Since losing Conor [Gallagher] it is probably the first time we have started with the diamond. Losing Conor, he gave us that energy on the side. 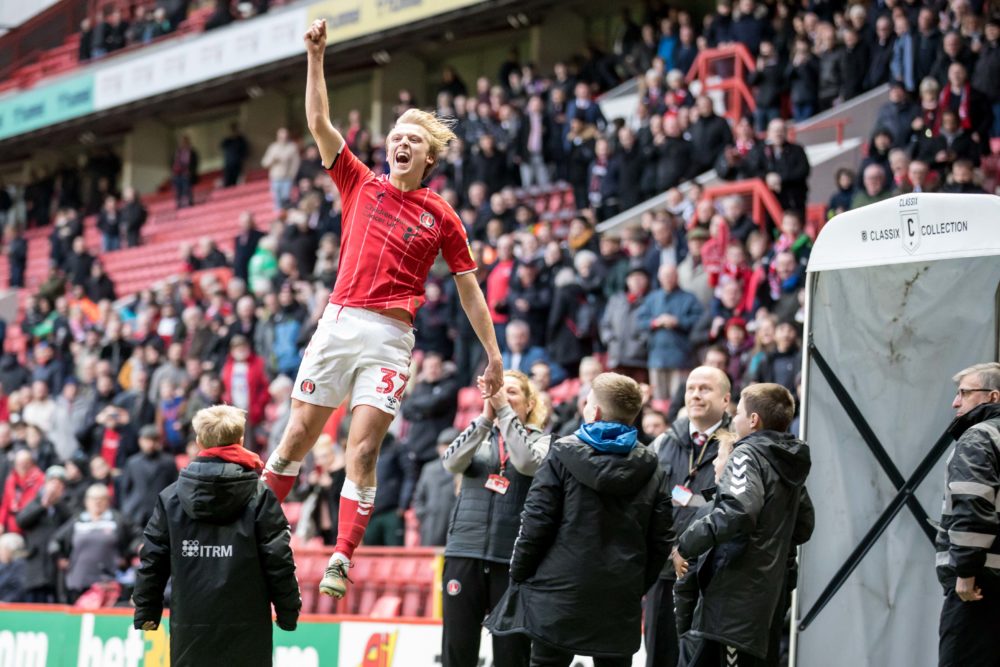 “George wasn’t ready to start. You could see he made a big difference when he came on with his energy and work-rate.

“When you play the diamond you’ve got to have energy either side and that’s probably where I take the blame in the first half. It was a bit scrappy and we tried to force it a little bit playing David [Davis] on the [right] side. He has not played there before really – he’s done 20 or 30 minutes there but it’s different when you start like that.

“We brought George on and we were much better.

“I knew we had to match them [Luton] up because I looked back at the game at their place and they had an extra body in there and dominated at times.

“To be fair I thought Izzy Brown would play and that Deji would just mark him. He’s a threat for them. He would’ve been alright playing against him, but he had someone a little bit more mobile. It’s difficult sometimes, you ask players to play out of position and it is tough for them.

“It was tough for Deji, especially in possession of the ball. There were so many bodies in there that he didn’t have the time he is used to when he was looking to play the ball.

“He tried, but I take some blame for that – trying to force something that wasn’t really there. It was down to the number of bodies we had available. The most important thing is we matched them and I thought our quality and fitness would show, that we’d get stronger as the game went on. Overall it came good.”