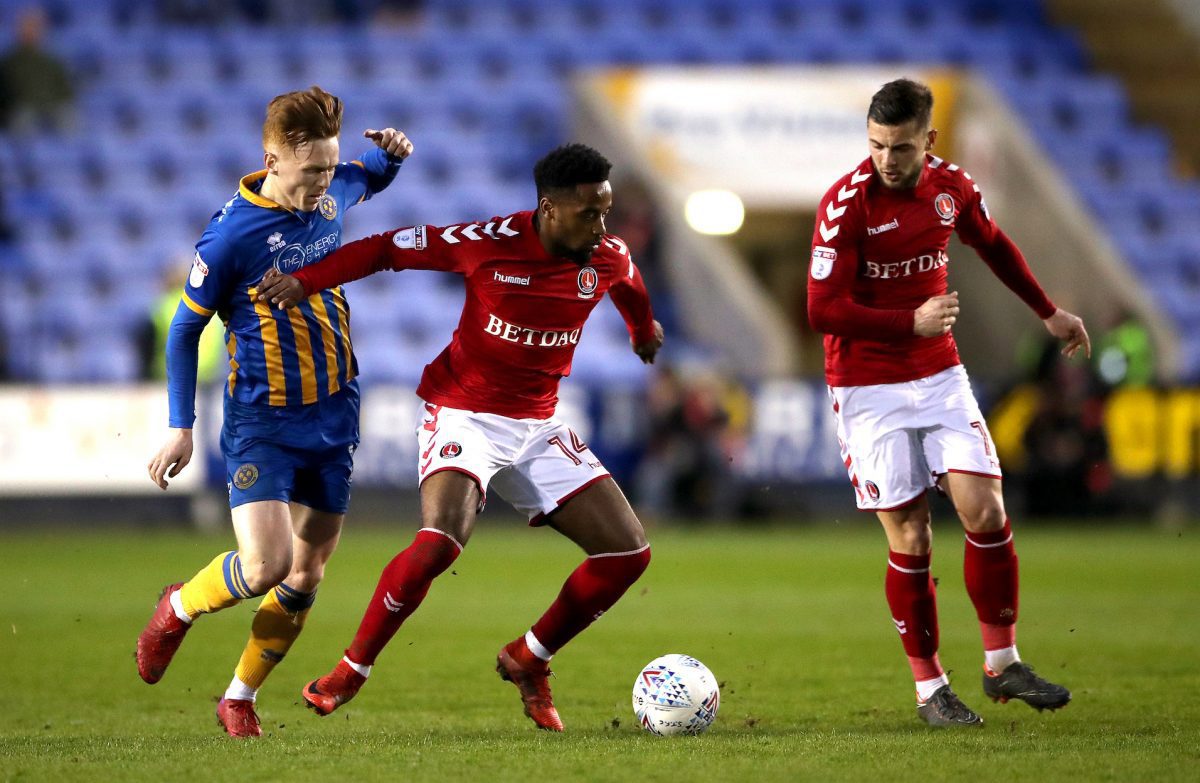 Caretaker Charlton boss Lee Bowyer said his side will have proved some people wrong as they battled to a huge win on the road at Shrewsbury Town on Tuesday evening.

Second-half goals from Jason Pearce and Josh Magennis fired the South Londoners back into League One’s top-six, denting the home side’s hope of automatic promotion at the same time.

“If there’s one thing that’s been questioned about our side it’s their mental and physical side of the game,” explained the temporary Charlton chief.

“Everyone knows we’ve got technical players that can play and change games. But to come here, stand up and be counted and fight as a team – you can’t take anything away from them.

“I knew the lads had to stand up and be counted today. We’ve had a couple of disappointing results. Going to Wimbledon and losing there the way we did – we got outfought that night. I knew coming here would be a much tougher game.

“I drummed into them that they had to fight. If you don’t fight, you won’t win this game. The togetherness they’ve just shown out there tonight after two defeats. The work rate. The team performance was outstanding. I’m so proud of them.

“I had a lot of young players out there. Five or six under-23s. Tonight, for me, they all became men.”

The South Londoners are back in the play-off places with three games left to play – and Bowyer knows that his sides performance levels must remain at the standard set at the New Meadow.

“I’ve asked that from them from the second I took over,” he said.

“All we can do is concentrate on our games. Win the games and we’re in the play-offs. I said to the players enjoy what happened tonight but get yourselves ready for Saturday because we’ve got to do it all again at Portsmouth.”