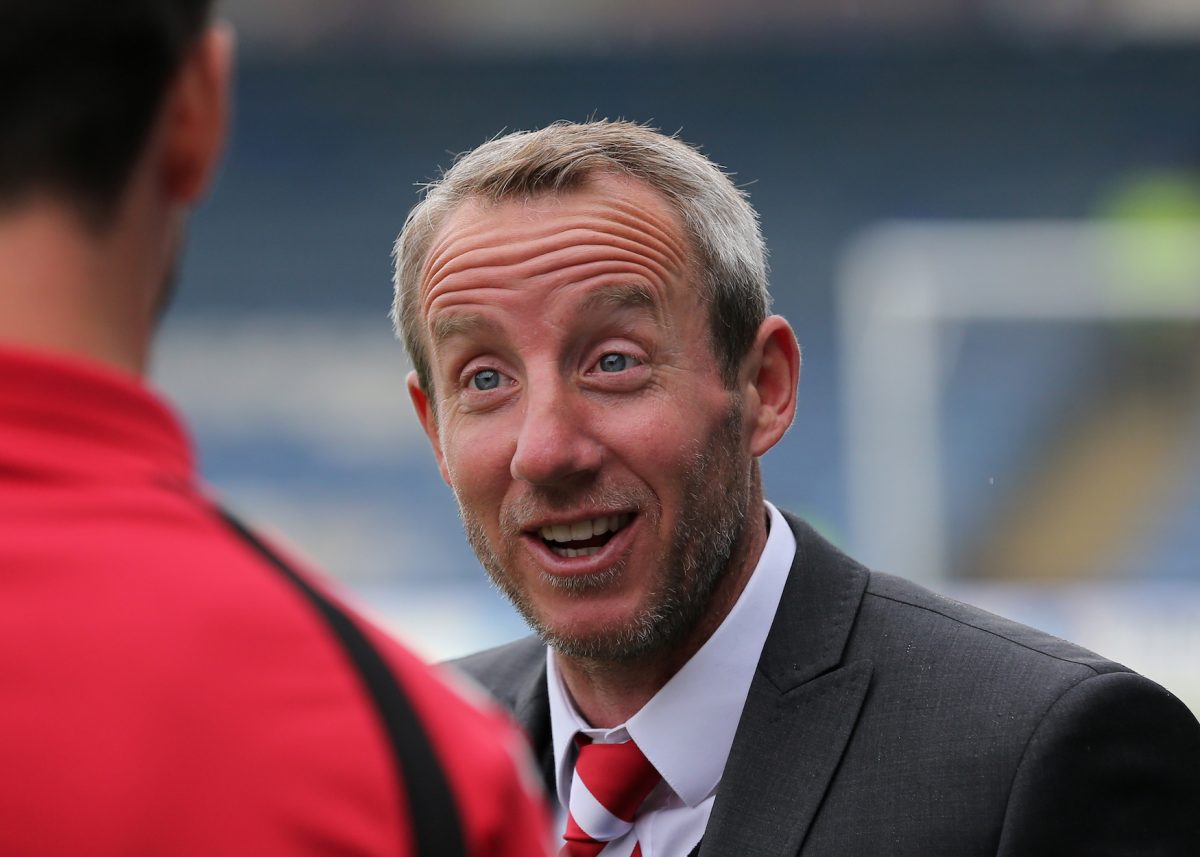 Lee Bowyer praised the commitment levels of his players as they earned a huge victory on the road at Portsmouth.

Nicky Ajose’s solitary first-half strike proved enough for the South Londoners to claim the three points, a result that solidifies their place in League One’s top six with just two games of the season left to go – although teams below them still have games-in-hand.

“I’m really proud of them,” said Bowyer, as his side added to the 2-0 win at Shrewsbury in midweek.

“To do what they’ve just done – to go to Shrewsbury on Tuesday night and put in the effort and commitment they did and then have this quick turnaround and come to Portsmouth, which is probably the most intimidating place in this division and put in that effort and that fight. Their togetherness was outstanding.

“We dominated that game first half. We should have, if we took a bit more care in possession, scored two or three goals. The most important thing for me is we’ve kept another clean sheet. They’re a squad of players who know what’s at stake. I’ve drummed it into them. The reward is massive and it’s in their hands. They have to fight for each other. Everybody is fighting for the same thing. The togetherness we have is remarkable. I love seeing it.

“It’s going to go down to the last game, there’s only two games left. We’ve got Blackburn at home next week – they’re second. All we seem to be doing is playing teams that are in and around us. The run-in has been tough but the lads know what’s at stake and what they have to do to get into the play-offs.”