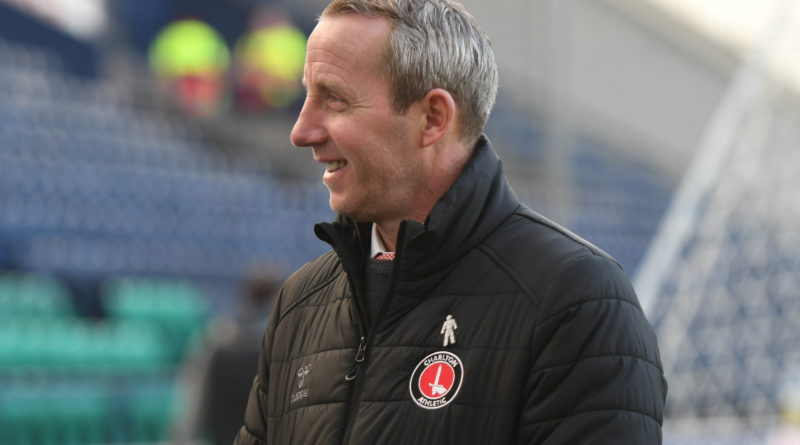 Charlton boss Lee Bowyer said there were pros and cons from his side’s display during the 2-1 defeat at Preston North End.

The Addicks had raced into an early lead thanks to Andre Green’s first strike for the club. But a screamer from Josh Harrop midway through the first-period and a free header at a corner from former Addicks hero Patrick Bauer meant the South Londoners slipped to a third defeat in four league games.

“I thought we started the game really well,” explained Bowyer.

“Everything was working that we had worked on in the week. They had more possession than us but let’s not forget they are a very good side.

“We respected them but, at the same time, when we won the ball back then we just needed to take care of it. In the first half, we didn’t really do that.We scored a good goal, I thought it was excellent. Again, something that we had worked on during the week.

“They scored a good goal. I’ve said to [the players] in the past, ‘If someone gets the ball from 25 yards out and puts it in the top corner, sometimes you just have to hold your hands up and say [it was] a great goal.’That is what happens in football.

“The first one, they get that, great finish, but then to lose the game on a set-piece hurts. That hurts me because that comes down to someone not doing their job properly. Just mark your man. That’s happened too many times to us this season.

“We know that’s [Bauer’s] strength. He’s done it for us how many times? How has he got a free header from six, seven yards out? That should never, ever happen – whether it’s Patrick Bauer or anyone.

“Again, we concede two goals. First one is a great strike but the second one … to come here and fight and give everything we did, I can’t fault their effort and their commitment again. But that quality in the final third lacked today. I think that was noticeable.

“If you want to compete in this division you have to bring more quality in the final third.

“How many times have we conceded two goals this season? How many?” he added, as he side did just that for the 16th time in 28 league games so far this campaign.

“More than we haven’t. I can tell you that, and I ain’t even thought about it. That’s off the top of my head. If you keep conceding two goals, you ain’t going to win games. It’s as simple as that.

“We score near enough every game, but if you keep conceding two then you’re going to lose more games than you will win. That’s what winds me up and drives me mad because we probably deserved something from this game.

“But we end up coming away with nothing because someone falls asleep and we get hurt.”