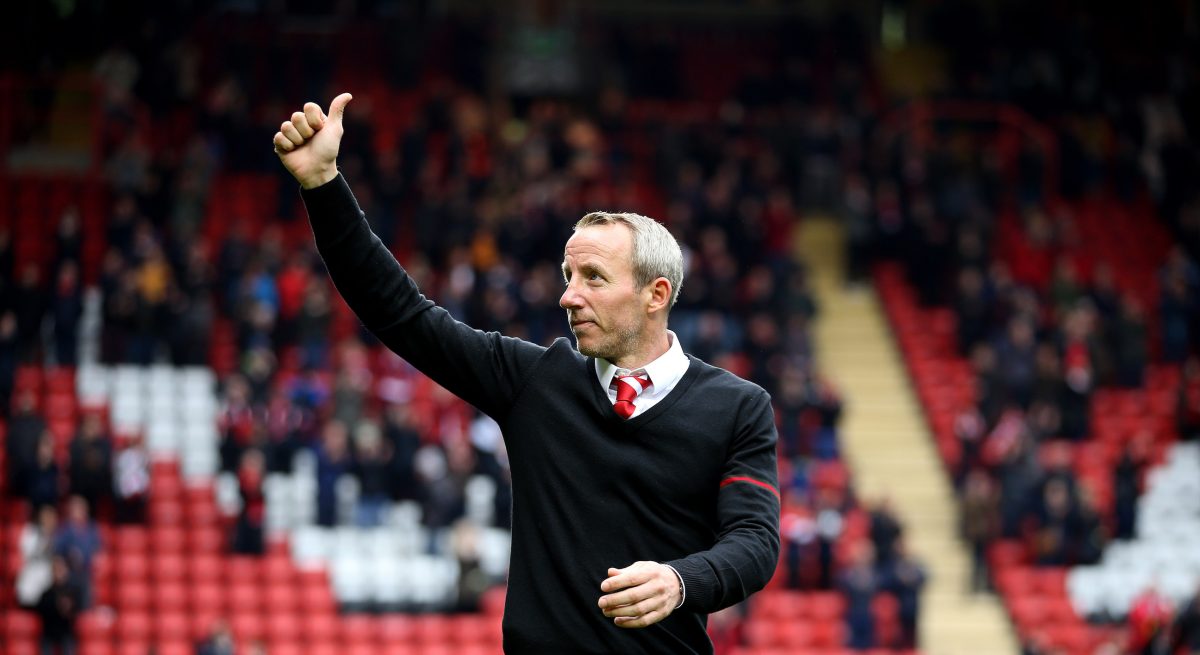 Lee Bowyer says nobody will want to face his Charlton side in the play-offs, after they took a huge step towards confirming their place in the League One top six with a 1-0 win over Blackburn Rovers.

Jason Pearce’s first-half goal, as Ahmed Kashi’s shot deflected in off the Addicks captain, hoists the South Londoners onto 71 points. Their closest rivals Scunthorpe and Plymouth play each other on Tuesday evening, the result of which will determine what Charlton will need to do at Rochdale on the final day of the season to seal their play-off place.

The Addicks have won six of their nine games under caretaker boss Bowyer – who says that nobody will fancy their chances against his side.

“I’ve just said to the lads, there’s not a team in the play-offs who will want to play us. Because I wouldn’t, if I was a manager of another team. We’ve got everything. We fight for each other. We demand that from each other. The togetherness we have. What I’ve got in that dressing room. You can witness it. And we can play. We’ve got players who can play. I wouldn’t want to play us of I was another manager.

“It was a big step. Looking at other results we needed to win but as I’ve said before, it’s in our hands. I can’t praise the lads enough. It’s about them and the commitment and fight that they’ve put in again. Our fans, from start to finish – again, what an atmosphere.

“The three points were massive today. We go to Rochdale now, one game to go and it’s in our hands.

“That’s what I demand. Before they may have crumbled and let in a late goal there. Did we have a bit of luck today, I think we did. But I think we deserved it. The work rate they put in, week in, week out – last Saturday, last Tuesday. Sometimes you need a little bit of luck and we got that bit today.”

Charlton stopper Ben Amos made a string of fine saves as his goal was bombarded by already promoted Rovers in the second-half, and Bowyer singled out the on-loan goalkeeper for praise.

“He’s been unreal all season,” he said.

“Unbelievable. I see [goalkeeper coach] Lee Turner working with the goalies day in, day out. Ben will probably say it himself – Lee Turner has made him an outstanding goalkeeper. He was a good goalkeeper when he came. Now, he’s unreal. I’ve played with some top keepers in my time and the saves he’s making are incredible. The work they put in – Dillon (Phillips), Lee Turner and Ben every day, you get those rewards. For me he’s been outstanding all season.”