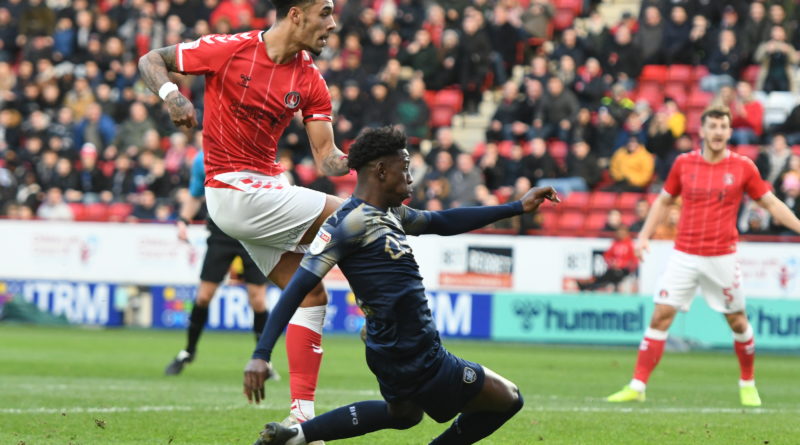 Sometimes you have to take three points any which way they come – and Charlton boss Lee Bowyer said today’s victory over Barnsley was one of those occasions.

First-half goals from Lyle Taylor and Andre Green had the Addicks in charge at the break in a game with huge significance in the battle to avoid relegation.

The visitors pulled one back through Cauley Woodrow twenty minutes from time before rattling the crossbar and seeing one cleared off the line as they searched for a leveller that never came.

The result leaves Charlton nine points clear of the second-bottom Tykes – but still only four points above the drop zone after Wigan’s surprise win at Leeds.

“The most important thing at this stage of the season is the three points – it doesn’t matter how you get it,” admitted Bowyer.

“Sometimes you have to dig in and grind out results, that’s what we’ve just done.

“I just said to the players that it should have been more comfortable really. I’d rather it had been prettier at times. You could tell that some of the players had come back a bit rusty. We didn’t pass it how we normally would.

“We were coasting first-half. They changed and matched us up. They came back into the game from some sloppiness from ourselves but the most important thing is the three points. We move on.

“Andre had some bad news earlier on in the week, he missed training on Tuesday. He did well to even turn out. It’s another goal for him. He’s only been here five minutes and he’s scored two goals.

“His hold-up play was better than the previous game and he made some great runs. Alfie could’ve slipped him in two or three times. I’m happy with the way Andre has settled in.”

New majority shareholder Tahnoon Nimer was in attendance at The Valley for the very first time and Bowyer hopes he enjoyed his first taste of the action in SE7.

“I met him yesterday at the training ground,” explained Bowyer.

“Hopefully he enjoyed the game and saw how good of a club this is. We can all enjoy tonight and now get ready for Stoke next week as that is another big one.”