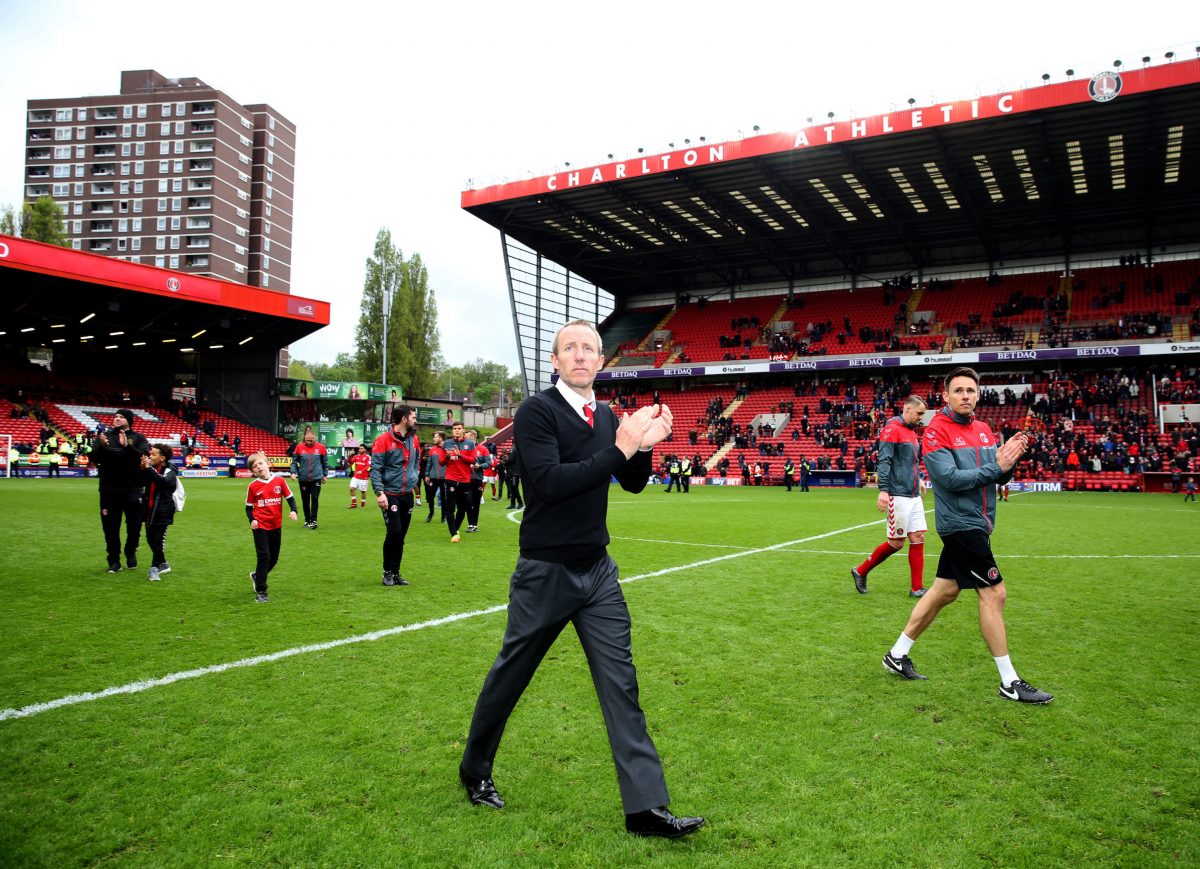 A Scunthorpe win in Tuesday’s televised fixture would leave Plymouth three points behind the Addicks with a vastly inferior goal difference and just one to play, effectively confirming Charlton’s play-off place.

A draw would mean a point at Rochdale on the final day should be enough for Charlton, whereas a Plymouth win would mean that Bowyer’s men might have to win at Spotland to be sure of their top six finish.

Bowyer will not be settling down in front of the television on Tuesday evening, instead focusing on making sure his side secure a fourth-straight victory next weekend.

“I’ll look at the result when it’s done,” said Bowyer.

“There’s no point sitting there watching the whole thing. It’s out of my control, I’ll try not to get involved in that sort of thing.

“Go and win. This is what I’ve said to the lads before we played Shrewsbury. Win the next four. Go and win them. Why not? Believe in yourselves, you’re good enough. We know we can beat Rochdale and finish fifth.

“It’s in our hands. We aren’t going to underestimate them, we’ll respect them like we’ve respected every team we’ve played. We’ve just beaten Blackburn who were second, Shrewsbury who were third. Portsmouth who were chasing us.

“Wherever we go, we know it will be tough. This league is tough, every team is fighting for something. But I have every faith in the lads next Saturday.”