A Lego enthusiast has constructed a model of one of the vessels which operated the Woolwich ferry.

Two of the three boats that have been chugging across the Thames to and from Woolwich played out their swansong on Friday, October 5.

Scores of people turned up to bid the old stalwarts, which have run the ferry service since 1963, a fond farewell.

But nostalgic residents can still see a version of the James Newman after Zachary Bird, 46, immortalised the boat in Lego form.

Mr Bird, who grew up in Abbey Wood and now lives in Falconwood Avenue, Welling, said: “Like so many people, the ferry was part of my history. 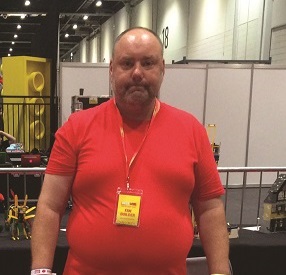 “I lived in Abbey Wood and my nan was in Newham. Instead of driving there, we used to jump on a bus down to the port and go across on the ferry.

“When I was a teenager, it was somewhere to hang out. We used sit on the ferry and go back and forth.”

It took him more than three months.

It is just over 2ft long, by 16in. He constructed the piece from memory.

He then showed a picture of the boat to one of the sailors when he was on the ferry and they told him that it was being scrapped.

I hope my model will encourage children to take up Lego work and build something of their own.”

The Ernest Bevin, John Burns and James Newman ferries are being taken to Le Havre in France to be scrapped.

The free ferry service, operated by Briggs Marine and Environmental on behalf of Transport for London, is suspended until the new year when two new ships will take over.

The new ships are called Ben Woollacott, after a former deckhand who died while working on the ferry in August 2011, and Dame Vera Lynn, after the legendary singer.