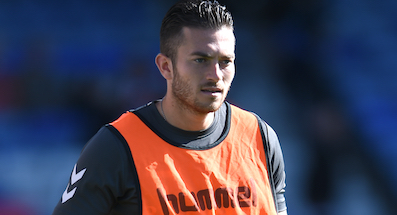 Lewis Page has signed a new deal at Charlton Athletic – with the defender able to extend his stay until 2021.

The Addicks have tied up the left-back, who had been due to be a free agent at the end of this season, on a two-year contract.

But Page can trigger an extra 12 months if he plays a certain amount of matches.

“He had a tough start and didn’t get many games. I came in and he was outstanding for me. I think once he gets back, he’ll just go on-and-on-and-on, and get better and better. I think he’s a very good signing for us, I think we’ve probably got the best left back in the league.

“He’s an all-rounder. He’s a good defender. One-v-one he’s very good, he defends the back post well and he’s very good at getting forward, so the way we play he gives us an outlet and he’s got great delivery on the run. Accrington Stanley comes to mind, that cross he put in for Karlan, not many people can do that on the run. He gives us a lot, I’m over the moon.”