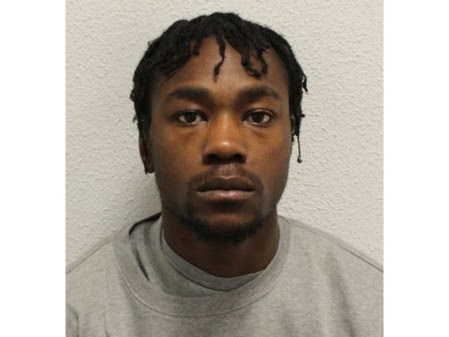 A 22 year-old-man has been jailed after he stabbed someone because he felt he had been “disrespected.”

Elue felt that he was being disrespected when they did not acknowledge him.

He threatened them with a knife and then stabbed the 24-year-old victim a few minutes later, leaving him with multiple stab wounds.Police and paramedics attended the scene.

The victim was treated at a South London hospital and has since made a full recovery from his injuries.

PC Gary Sanders, of Lewisham CID, said: “I believe that Elue was frustrated over an unsuccessful drug deal which did not involve the victim, and sadly it appears the victim was in the wrong place at the wrong time.

“We will continue to work tirelessly to ensure criminals like Elue are off our streets, and this sentencing result reflects how seriously incidents of this nature are taken.”

Elue, of Nettleton Road, was sentenced to 13 years’ imprisonment at Woolwich Crown Court for grievous bodily harm (GBH) with intent, attempted GBH, possession of a pointed or bladed article and possession of class B drugs – namely cannabis – with intent to supply.

Elue was found guilty at the same court on Tuesday, 1 May.