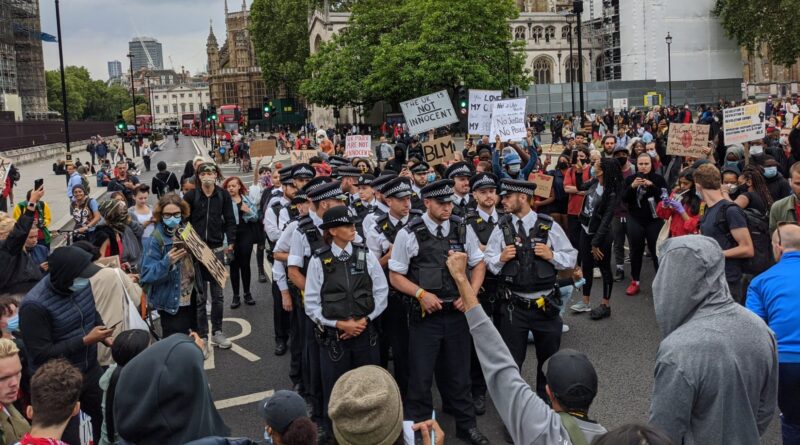 Lewisham residents trust the Metropolitan Police Service (MPS) the least out of any London borough.

A public attitude survey towards the MPS  was included in a presentation from local police to a Lewisham scrutiny committee on Tuesday.

When responding to the statement ‘the MPS in an organisation I can trust’, 73 per cent of Lewisham residents agreed, the lowest in the London, followed by Hackney at 75 per cent.

Bromley and Bexley have the most trust in the police, with 90 per cent and 89 per cent agreeing respectively.

On the statement ‘police should conduct stop and search’, 65 per cent of Lewisham residents agreed, coming second from the bottom after Hackney.

Havering and Harrow agreed with the statement the most at 95 per cent and 93 per cent respectively.

On the statement ‘police use their stop and search powers fairly’, 62 per cent of Lewisham residents agreed, coming fifth from the bottom after Islington (54 per cent), Hackney (55 per cent), Haringey (56 per cent), and Lambeth (58 per cent).

Bromley was at the top with 90 per cent agreeing, followed by Sutton at 89 per cent.

He said most offences across London dipped during the first lockdown, though incidences of domestic violence surged by 30 per cent.

Crimes climbed steadily up after lockdown eased, but have gone down again in the second national lockdown.

According to the statistics, the crime solve rate in Lewisham is 11 per cent, which is similar to the rest of London.

That drops to four per cent for burglaries, though there has been a 14.4 per cent decrease in offences compared with last year, likely down to the ‘Covid effect’.

CS Atkin said the BCU has “been doing a lot of work locally in terms of bringing offenders to justice”.

Robbery offences dropped by 20 per cent in Lewisham, while knife crime offences went down by  15.2 per cent compared to last year.

The number of sex offences in the borough went up by 8.1 per cent.

Hate crimes have also increased –  this was put down to an increase in the number of people working from home as many of the incidents have been between neighbours.

Superintendent Andrew Ricketts explained how the Mayor of London’s action plan for the police force, launched in November, aims to increase the “confidence of London’s Black communities in the MPS”.

The plan is focused on how police use their powers, how officers are held to account, how the force works with the community, and making the workforce more representative of Londoners when it comes to race.

The percentage of police officers who are from Black, Asian, or ethnic minority backgrounds is 15.4 per cent, compared to 41 per cent of Londoners.

Superintendent Ricketts said there were significant challenges ahead, citing statistics that show Black people are disproportionately affected by crime.

“In terms of our stop and search work, the key areas we’ve been focusing on is about ensuring our officers have confidence in using the power of stop and search, which is recognised both by the community and the police as something that is incredibly useful, but also that the communities have trust have trust in the way that it’s used,” he said.

According to the Met Police’s website, 4,696 black people were stopped and searched between December 2019 and October 2020, compared to 2,927 white people.

The main ‘positive outcome’ from the searches – when police find something – is drugs.

In Lewisham, similar to the rest of London, positive outcomes are low, at 3.5 per cent.

“The data we’ve seen elsewhere show that the percentage of stop and searches producing positive outcomes was much higher for white individuals than Black individuals, despite the fact that there were a considerable higher number of searches of Black individuals,” he said.