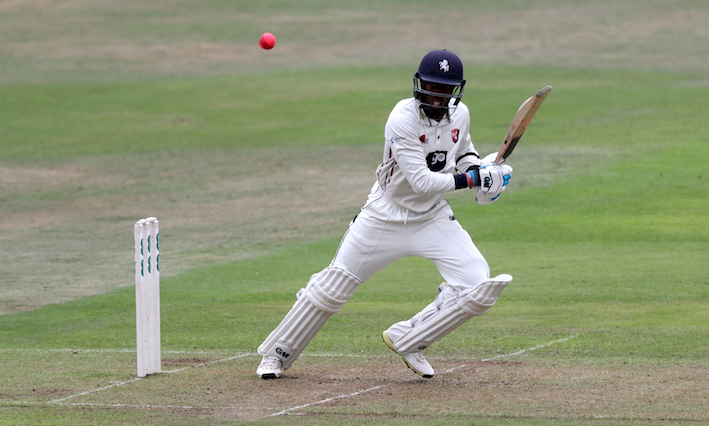 Platform – the cricket project which aims to increase participation in the game for young people in the borough and which was set up by the Lewisham-born Kent cricket player Daniel Bell-Drummond – is running a Year 4 Cricket Festival tomorrow from 10am-2pm at Deptford Park, Scawen Road, SE8 5AE, which also doubles as a launch for the initiative.

Bell-Drummond, who was born in Lewisham Hospital and grew up next to Lewisham Park, will be in attendance as he promotes the project which already has 13-14 primary schools onboard and which also offers 5pm sessions every Wednesday at Deptford Park for 7-10 year olds.

“I’ve always wanted to start something up for many reasons, but, first and foremost I just wanted to try and help people – I wanted to give back,” said Bell-Drummond to the South London Press ahead of the launch.

“I know a few people look up to me in the Lewisham area and helping people is one of my passions, so I thought why not set up the project?

“There’s more impact on people if you’re a current player and if I can make a difference now, while I am playing, then why not? Even if it’s small, if it can get more people playing club cricket it can only be a good thing, but I just wanted to get into it early.

“At our open Wednesday sessions at Deptford Park there are about 30-40 kids who turned up at the last session, so it just shows that there’s a lot of keen kids – we’re just trying to make sure they have the backing, facilities and the push to be able to play and have fun – all are welcome to join.

“I am maybe the only current professional player from Lewisham and have been for a while – when I grew up there wasn’t really any cricketers around me from the same area, plus, in county cricket there aren’t many people like myself from Afro-Caribbean backgrounds or even those from inner London, so it definitely touches close to home to try and make a difference.

“Cricket in Lewisham is not a big sport and we just want to raise the awareness and get people playing the sport as much as possible as it can only help Lewisham. Lewisham has its problems like everywhere else, but cricket has many avenues – it can help young people in terms of social being, mixing with other people – I’ve met most of my good friends throughout the world through cricket.

“Through cricket they’ll definitely make good friends, learn good habits and get good life lessons, but if we can get kids in the system playing for Lewisham then that’s only a positive.”

Platform is currently self-funded by Daniel Bell-Drummond and a business partner, but they are looking for sponsors to come on board to support the project. Any interested parties should contact Platform through their Twitter handle: @PlatformLDN1