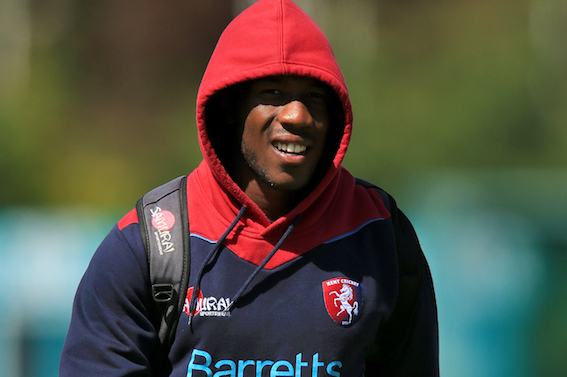 Kent batsman Daniel Bell-Drummond is passionate about his South London roots – and wants to encourage young people’s involvement in the game.

Lewisham’s Bell-Drummond joined Kent’s academy at the age of seven.

Later moving to Blackheath cricket club, then Dulwich and eventually the prestigious Millfield School in Somerset, at just 17-years-old Bell-Drummond junior scored 80 on his first-class debut for Kent, against Loughborough MCCU in May 2011 and then started training with the county full-time after completing his A-levels. He went on to score his maiden first-class century when he was 19, an unbeaten 102 against Cardiff University at Canterbury.

Despite his success, a full England call-up has eluded him to date, despite playing for his country at U15, U17 and U19 levels and the England Lions. He also had the honour of captaining the MCC against Essex in the 2017 annual first-class Champion County Match – the traditional curtain-raiser to the English county season – which took place in Barbados.

“My brothers and sisters aren’t involved in cricket, but I loved it growing up and I followed my dad to his games,” he explained. “I loved going to games and watching Catford growing up.

“I sometimes try to play the odd Chairman’s XI game or memorial match for Catford. It’s a brilliant club and it’s one where I’ve got a lot of fond memories and they’re on the up as well – it’s a brilliant place to play cricket.”

Bell-Drummond has set up ‘Platform’ a project aimed at increasing the number of young people from disadvantaged and BAME backgrounds progressing in and through cricket.

Platform had its official launch last week with a Year 4 Cricket Festival at Deptford Park. It will focus on Year 4 and 5 pupils at schools in the New Cross and Deptford areas as well as providing sessions every Wednesday at Deptford Park at 5pm.

“I just wanted to try and help people – I wanted to give back,” said Bell-Drummond.

“I know a lot of people don’t get the same upbringing I had. I was very privileged growing up and had a lot of friends who didn’t get the chances I got, and it dawned on me that I could help. I know a few people look up to me in the Lewisham area and helping people is one of my passions, so I thought why not?

“At the same time I was thinking about it, the West Indies came over and did a piece with Sky TV on how Afro-Caribbean cricketeers are a lot less than they were in the 1980s and 1990s and that links in with the strength of their national cricket team, so that was a big thing.

“I wake up every day and try and make a difference. I am happy where I am, but I want to try and play for England, like every cricketer does, but I also realise, because I went to two brilliant schools in Dulwich and Millfield, that I am very privileged.

“If it can get more people playing club cricket it can only be a good thing, but I just wanted to get into it early.

“At our open Wednesday sessions at Deptford Park for 7-10-year olds there are about 30-40 kids who turned up. It shows that there’s a lot of keen kids – we’re just trying to make sure they have the backing, facilities and the push to be able to play and have fun – all are welcome to join.”

“Cricket in Lewisham is not a big sport and we just want to raise the awareness. Lewisham has its problems, like everywhere else, but cricket has many avenues – it can help young people in terms of social being, mixing with other people – I’ve met most of my good friends throughout the world through cricket.

Platform is self-funded by Daniel Bell-Drummond and a business partner, but they are looking for sponsors to come on board to support the project. Any interested parties should contact Platform through their Twitter handle: @PlatformLDN1