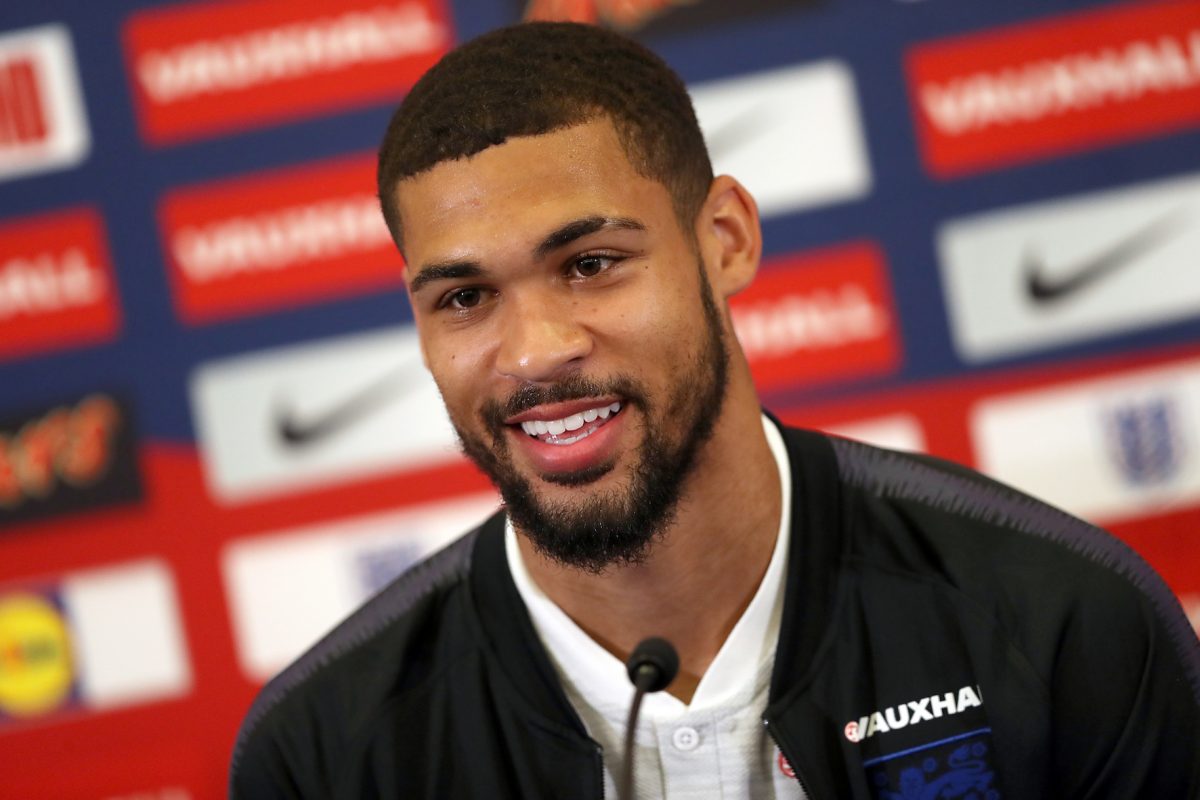 Lewisham midfielder Ruben Loftus-Cheek is gearing up for next month’s World Cup in Russia – with his form on loan at Crystal Palace this season earning him a call-up to Gareth Southgate’s squad.

He spoke to the press this week about the tournament, and how his temporary switch to the Eagles helped to develop his game.

WHAT EXCITES YOU MOST ABOUT GOING TO A WORLD CUP?

“It is just that feeling when you were a kid watching it on TV and at that age you ever think you will be where those guys were playing in a World Cup. For me, it is the pinnacle of football – the international stage and the biggest tournament.

“I remember watching 2010 properly. It was so big, the occasion, and the build up to every game was exciting. I was watching at home with my dad and my family watching on TV. For England games, everybody used to get their flags out in their homes and the whole street would fill up with flags. You get a feeling of the support.

“Not at all. I think we just stick together. Whoever starts and whoever doesn’t, we all need to be as one and support each other because if we have people who did not start and are not backing the team then there is a problem there. And I don’t think we do have that in the team. We are all backing each other and supporting each other, whoever the first 11 are.”

WHAT STOPS ACADEMY PLAYERS MAKING IT AT CHELSEA?

“I was at Chelsea for a while and progressed quite quickly until I got to the first team and then it was different. I was used to playing every minute of every game but when you get to the first team the step-up is massive. There are world class players in front of you and that step up is difficult at a big club like Chelsea, no matter how talented you are.

“Experience plays a big role as well, at the top level. I understand why it is difficult.”

“You obviously toughen up through the physicality, but your speed of thought improves – it has to. You need to know the next pass and what you want to do.”

MORE PROGRESS ON THE FRINGES OF A TOP TEAM OR A KEY MAN AT CRYSTAL PALACE?

“I took something from both of them. For me to be around a squad of winners is good for me to be a part of, so I can analyse and see the dynamics of the squad and the team. Then to be at Palace, who struggled at the start of the season, and see the dynamics of the team and how they act when they are not doing so well – it is good for me to see both so in the future I know what it is like and what is needed to get out of a situation like that. What to do to keep playing well and doing well for whatever team.”

DOES PART OF YOU ENVY DELE ALLI WHO PLAYED IN LEAGUE ONE FOR MILTON KEYNES?

“Being at Chelsea I improved a lot with the training, because I think personally the coaches are the best and the facilities are the best and I improved a lot as a youth player growing up in the academy. But I do think when I got to that 17, 18 stage, I was just thinking about playing for the first team on a Saturday and being in the first team, rather than going out to play somewhere else on loan. Looking back now, I do realise the benefits of playing game after game after game after game, so in that sense I wish I had played more games.”

HIS IDOL AND HOW FAR ENGLAND CAN GO

“My idol when I was younger was Zidane – I always admired how effortless it looked for him, his confidence and composure on the ball and skill. In terms of how far we can get, the World Cup is full of surprises and teams can reach however far they want. Possibly you get something extra playing in the World Cup, so I think it is open.”

ENJOY FOOTBALL IN A RELEGATION BATTLE OR AT A WORLD CUP WITH THE PRESSURE?

“You can enjoy it. When we were playing at Palace and not doing so well, you don’t have the enjoyment and laughs you would if you were doing well but it is still important to embrace the moment and enjoy it as much as you can because you best football comes when you are enjoying yourself. If you are thinking about the pressure and what is on the outside, it is going to affect your game on the pitch.”