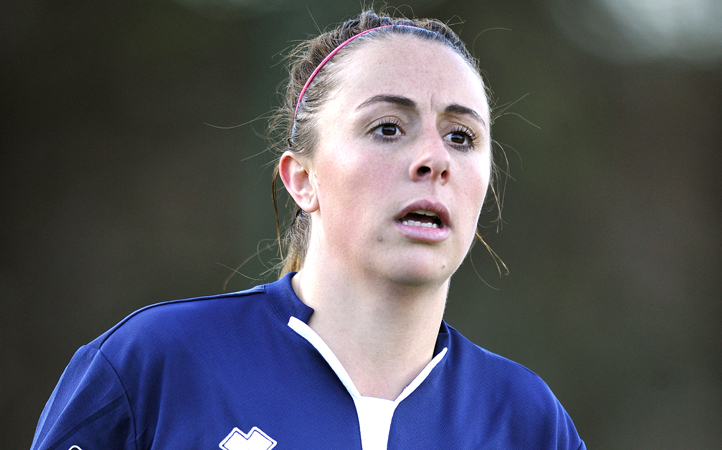 Millwall Lionesses captain Ashlee Hincks can scarcely believe how far her side has come in three years and is now eyeing FA Women’s Super League 2 glory.

In 2015, the Lionesses won just two league games and finished second bottom of the FA WSL2.

Now, three years on, the London side are flying in the league, winning eight of their nine matches so far and having dropped just two points.

It has been a rollercoaster ride for Hincks, who joined in April 2015, and the Millwall skipper admits she couldn’t be more proud of what the side has achieved so far.

“I’m so happy with how the girls have performed this season, they deserve so much credit,” the skipper said.“I don’t think it could’ve gone any better to be honest. We’ve only dropped two points and I think that’s a massive achievement for the club.

“We had a very impressive Spring Series in 2017 and that gave us the belief that we can push on. We believe the sky is the limit.

“I’ve been in a situation where we’ve lost a lot of games on the spin and I think those experiences have helped us.

“We are so hungry for success and I see it within the team. We love that winning feeling and we celebrate every win likes it’s a cup final, that’s how much it means to us.”

The Lionesses entertain London Bees on Wednesday night in a contest that promises plenty of goals.
Millwall have triumphed 3-2 and 4-3 over their London rivals already this season and Hincks hopes her team can continue to keep tabs with Doncaster Rovers Belles at the top of the table.

“We’ve come back against London Bees twice this season,” Hincks added. “I think that’s down to hard work and togetherness.

“We need to be very compact and defensively sound. We know what they can do. We’ll tackle it like we do every other game, work hard and try and get a clean sheet.

“We want to keep scoring. I think London Bees will feel a bit hard done by in the previous two matches. They might be out for revenge but we’ll be ready to take them on.

“We need to make sure we are a lot more assured at the back and we’re targeting three points.”

Hincks has six goals in 14 matches this season, one behind the club’s top scorer Charlotte Devlin, with the Lionesses still unbeaten in the league.

And the captain claims there is belief within the ranks that the team can go a whole league campaign without losing a match.

“It’s one game at a time but we don’t want this run to end now,” she added. “Every team wants to take that record off us. We go into every game not wanting to lose.

“There’s no reason at all why we couldn’t. We have the togetherness and the confidence. We are looking to keep going until the end of May and hopefully we will be able to finish top of the league, that’s the target.”

To buy tickets to an FA Women’s Super League match near you click here: www.fawsl.com/tickets