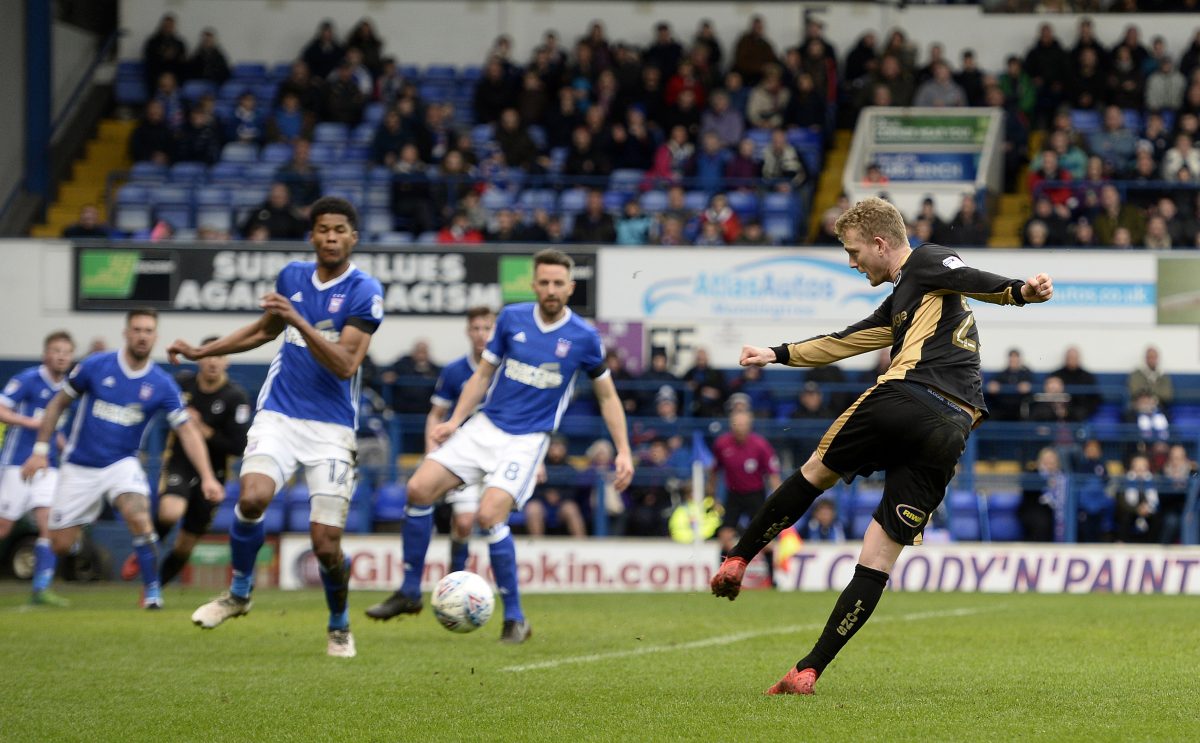 Neil Harris admitted he was left frustrated as his side missed a host of chances in their draw with Ipswich at Portman Road.

The Lions took a first-half lead courtesy of Jake Cooper but Martyn Waghorn scored twice in as many minutes to turn the game on its head before George Saville rescued a  point.

The result leaves Harris’ side just a point outside the top-six ahead of a crucial meeting with Bristol City next Saturday, but the Lions boss was left disappointed with his players.

He said: “I’m quite frustrated, I’ve got to be honest. Ipswich made the game what it was, a counter-attacking game. It was very open, they left players up the pitch at every opportunity.

“Sometimes when the game is going to be like that and about who scores the most you’ve got to make sure you score more than the opposition.

“It’s hard to criticise my players because of the run we’re on and the form that we’re in. But if I want to set standards at this football club I can tell them and did tell them afterwards that wasn’t good enough.”

Lee Gregory had the Lions’ best late chance but was denied by a fine save from Ipswich goalkeeper Bartosz Bialkowaki before Aiden O’Brien struck the post from the rebound.

Bialkowski then made further stops to stop Mahlon Romeo and Jed Wallace before O’Brien fired wide as Millwall searched for a seventh consecutive away win.

Harris continued: “We should have scored seven in the last 10 minutes and not to get one was criminal.

“We should have won that game. Today we missed countless opportunities. Their goalkeeper was excellent – he’s one of the best in the division.”