Millwall manager Gary Rowett has revealed that Jed Wallace and Bart Bialkowski both had slight injury niggles in Saturday’s win over Wycombe Wanderers.

Wallace, nominated for September’s Championship Player of the Month award, scored from the penalty spot in the Lions’ 2-1 victory at Adams Park.

“Jed had a tight hamstring before the game but got through it really, really well,” said Rowett.

“Bart had a tight hamstring towards the end, but he should be okay.” 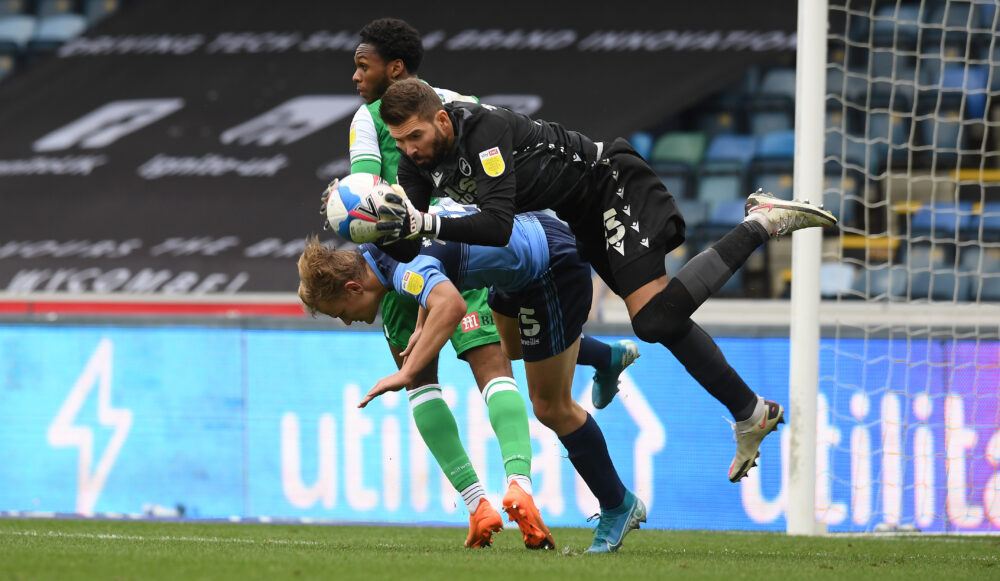 The Lions are set to assess the fitness of Mason Bennett and Kenneth Zohore, signed on loan from West Brom on Friday afternoon, this morning ahead of tomorrow’s home fixture against Luton.

A hip complaint kept Bennett out at the weekend. Zohore was not signed in time to be eligible.

“I expect Mason to be available for Tuesday,” said Rowett. “Ken is available, it’s just whether we think he is fit enough to go and do himself justice. I don’t think he’s quite ready to start games and we’ve got no real need to chuck him in from the start.

“It is quite difficult when a player hasn’t played for a while, teams wrap players in cotton wool a little bit if they expect them to be heading out. He won’t have done that much for a week or two.

“With the fixture schedule that is the challenge to get players fit – you’ve probably got to do it in games because you have only got one or two days in before you play again.”