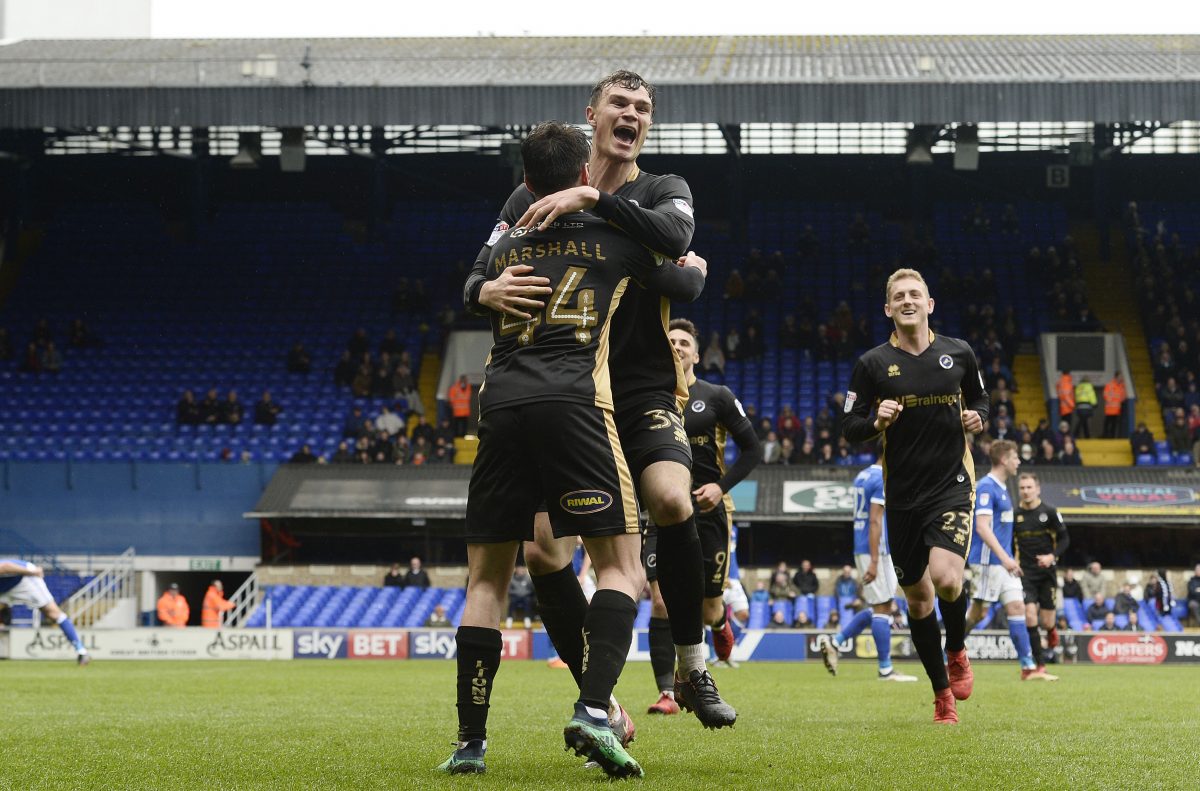 By Jakes Sanders at Portman Roa

Millwall were denied a club record seventh consecutive away league win but extended their unbeaten league to run to 14 games after a entertaining 2-2 draw with Ipswich at Portman Road.

Jake Cooper put the Lions ahead midway through the first-half before Martyn Waghorn struck twice in the space of a minute to turn the game around and put Ipswich 2-1 ahead.

George Saville scored just six later minutes to earn Millwall a draw, and remain just a point off the top-six as a result.

Neil Harris named an unchanged side for the fourth consecutive game, opting to go with the same 11 that started against Nottingham Forest, despite the quick turnaround over Easter.

The home side made the brighter start and should have taken an early lead, but Waghorn was denied twice by Jordan Archer from close range after a fine Adam Webster put him in the clear.

Lee Gregory had a chance at the other end but could only drag his shot wide, before Millwall needed some desperate last-ditch defending from Jake Cooper to keep the score at 0-0.

The end-to-end theme of the game continued as Steve Morison had a half-chance to put the Lions ahead but could only head straight at Bartosz Bialkowski after a fine Jed Wallace cross, whilst Mustapha Carayol fired just over for Ipswich from 25-yards.

Millwall finally grabbed a foot-hold on the game and went ahead on 27 minutes as Ben Marshall found space on the right and advanced before crossing for Cooper to nod in his third league goal of the season from close range.

The visitors had a golden chance to double their lead, but George Saville could only blaze over the bar when off balance from a dangerous Wallace cross.

Ipswich started the second half just how they began the first and they were level within seven minutes of the restart minutes as Waghorn bundled home after Archer had initially parried Skuse’s long-range shot back into the danger-zone and Millwall failed to clear.

It didn’t take long for the home side to complete the turnaround as just a two minutes later Waghorn grabbed his second, rounding Archer and slotting home into an empty net after Cooper’s sloppy back-pass gifted him the opportunity.

Those two goals didn’t seem to affect the Lions, as on 58 minutes they were level.

Wallace and Morison combined well before the wingers cross found an unmarked Saville at the back post, and he coolly thumped home into the far corner.

Gregory had a golden chance to earn Millwall their fifth straight Championship win but could only fire wide after good play from Mahlon Romeo.

The Lions forward had an even better chance minutes later, but he was denied by Bialkowski from close range after a neat Wallace pass put him one-on-one, and then substitute Aiden O’Brien agonisingly struck the inside of the post from the follow-up, before Ipswich cleared the danger.

The clear-cut chances kept on coming for Millwall and Romeo was next to be denied  by the unstoppable Bialkowski, before O’Brien dragged a shot wide. The Pole refused to be beaten and made one final save from Wallace after he drove at the Ipswich defence.

Millwall piled on the pressure until the very last second, but the Tractor Boys somehow held on for a point.