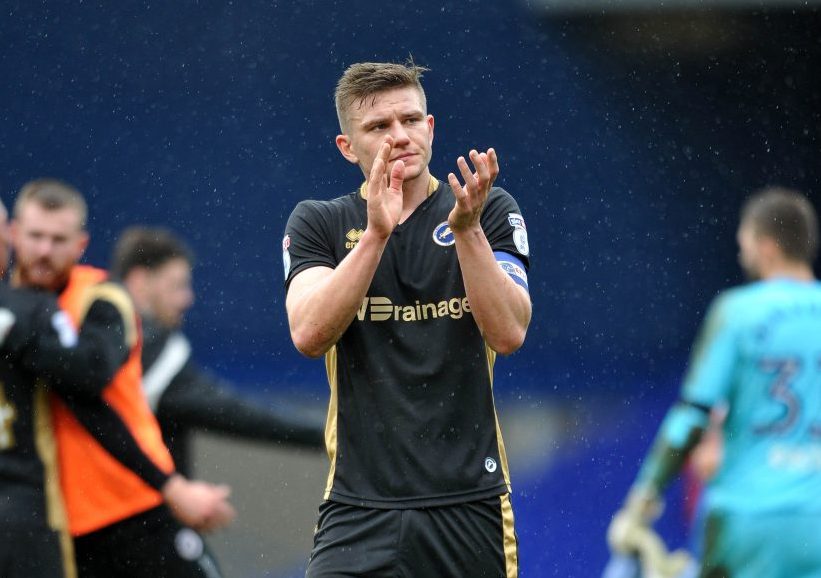 Shaun Hutchinson said Millwall boss Neil Harris made a point in the dressing room about how a
victory at Ipswich on Monday would have seen the club climb into the top-six.
The Lions led in the game, only for Martyn Waghorn to turn the game on its head in a crazy three-
minute spell at the start of the second-half.
George Saville equalised just six minutes after Millwall went behind, but Lee Gregory, Mahlon
Romeo and Jed Wallace all squandered chances late in the game to earn Millwall their fifth league
win on the bounce.
Hutchinson said: “It was another tough game. There’s no pressure on them at all and it’s come at a
time where I think Mick McCarthy just said, let’s go and outscore them, because they took risks all
over the park. They were leaving it one against one high up the pitch. But I think the last ten minutes
we probably feel a little bit gutted we didn’t get the points.
“We have had a lot of these this season, but it’s a tough one to take. We just need to make sure that
we don’t let this one influence us too much and deflate us, because we played well and yes, we are
gutted. We are not happy. We look at the table and realise where we would have been if we got the
three points. That’s the way it’s going to be and there is going to be a lot of twists and turns until the
end of the season. We have just got to make sure we keep pushing on.”
Millwall were in complete control in the game, until Jordan Archer dropped a Cole Skuse shot and
Waghorn converted get Ipswich back into the game. Just two minutes later, Cooper gifted the
former Lions striker a second before Saville’s leveller on 58-minutes.
It was the first time for 12 games that the Lions have conceded more than once in a game and
brought an end to their six-game winning run on the road and Hutchinson hopes that the late misses
don’t prove costly.
He said: “We are all gutted because we know where we could have been. The gaffa made a point of
it as well. If that two points comes and bites us in the bum at the end of the season, we’ll be gutted.
“We have got to make sure we don’t get deflated too much, because we are playing well. Not many
teams are going to come to Portman Road and have 22 shots at goal. We have got a lot of work now to
recover and get ready for that game [Bristol City]. It’s going to be another tough game, which will be
a little bit of a make or break for both teams. It’s going to be a tough game, but at The Den you
always feel confident.”
When asked what happened for the first Ipswich goal, Hutchinson said: “To be honest, they took a
shot, it got palmed down and it looked like he [Jordan Archer] had two hands on it and then it’s just
bobbled around, and he’s obviously put it in the net. Defensively it’s not great. The big man [Jake
Cooper] will hold his hands up for the second one. Obviously, we are on a good run now. We have
been stopping shots and stopping goals, so we’re gutted about conceding two.”