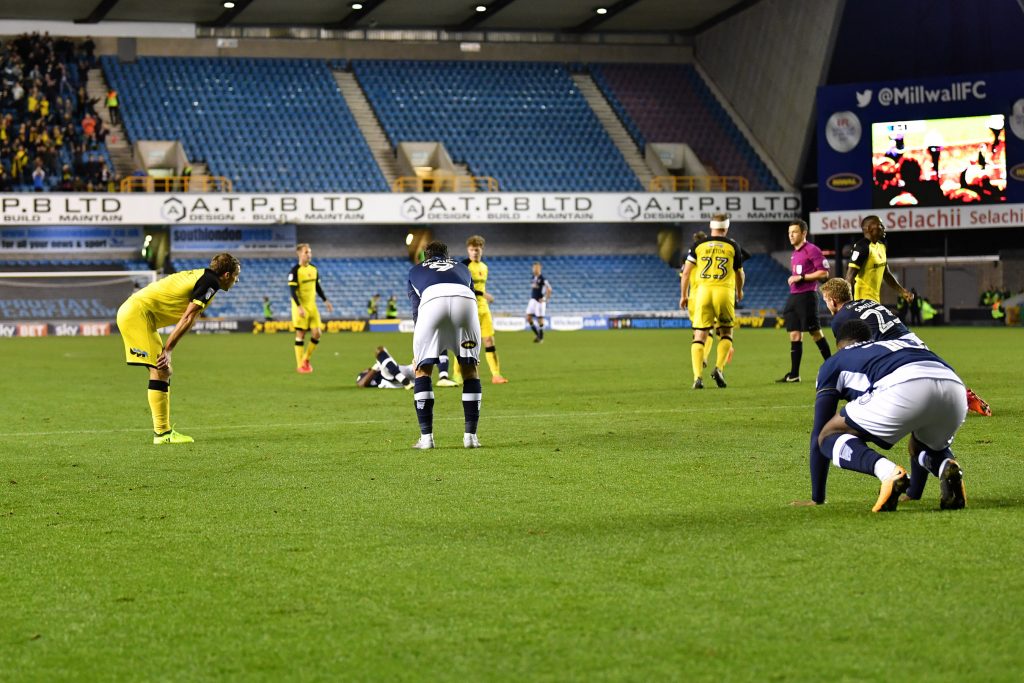 The winger was shown a straight red for a trip on Tom Flanagan in the 59th minute at The Den.

Marvin Sordell went on to strike a 70th-minute goal to clinch all three points for the Brewers.

Wallace’s red card looked harsh but Harris told assembled media at the post-match press conference that he would not be seeking a conversation with referee Tony Harrington.

The Lions boss added: “I think I’ve been in to see about eight or nine referees this year, what’s the point?

“We won’t make a rash decision [on an appeal].”

Winger Shane Ferguson missed the match due to sickness.