Andrew Shinnie admitted the overriding emotion in the Charlton dressing room was disappointment after yesterday’s 2-2 draw with Swindon Town.

The Scot scored a 90th-minute equaliser for the Addicks.

But it was only enough for a share of the spoils as Lee Bowyer’s side failed to turn up the heat on some of their play-off rivals.

“Mixed emotions really,” Shinnie told Valley Pass. “We really should’ve won the game – we had so many chances.

“It’s disappointing – to give a team a headstart like that [after Swindon went 2-0 ahead]. It just seems everything teams are hitting is going in.

“Everyone is disappointed in there because we had the chances. 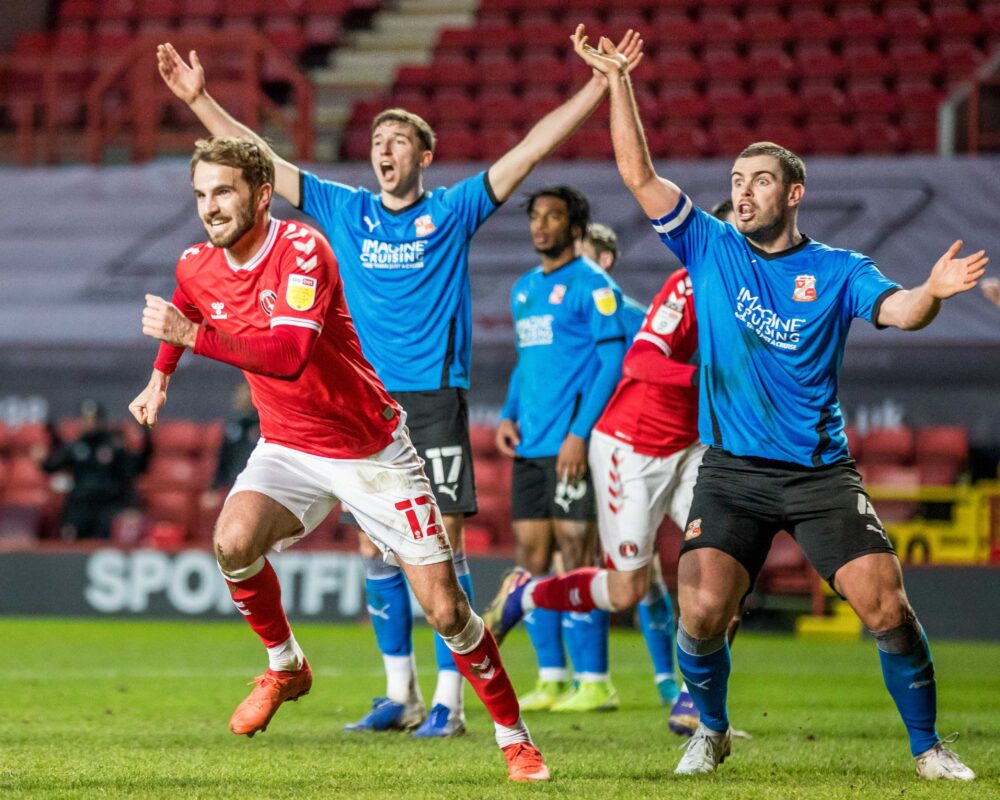 “It’s good character [to come back from trailing by two goals]. We’ve got to move on – the games are coming thick and fast. The second half gives us confidence.”

Shinnie had been out with a quad injury but made his return in midweek at Peterborough as a second-half substitute. Yesterday he was introduced at the beginning of the second period for Jonny Williams.

“It’s difficult. Being out I’m still trying to catch my breath after five minutes. But I felt good out there. I feel quite fit anyway, even though I missed quite a bit of time my fitness hasn’t dropped off massively. When the manager wants to play me, I’m ready.

“Just getting back in the rhythm is tough. I didn’t expect to be out for as long as I was. That was really frustrating, to watch the games.

“Coming back on Tuesday was disappointing for me – making the mistake for the goal. Football is highs and lows – I was gutted after that game. I feel a lot better today. I’ve got a bit more fitness in the legs.

“He [Lee Bowyer] wants me to get on the ball and set the tempo for the team. When we do move the ball quickly it is difficult for teams to live with us with the good players we’ve got in the squad.

“Getting back into the game at 2-1, you think we’re going to equalise and go on to win the game – which we should have.” 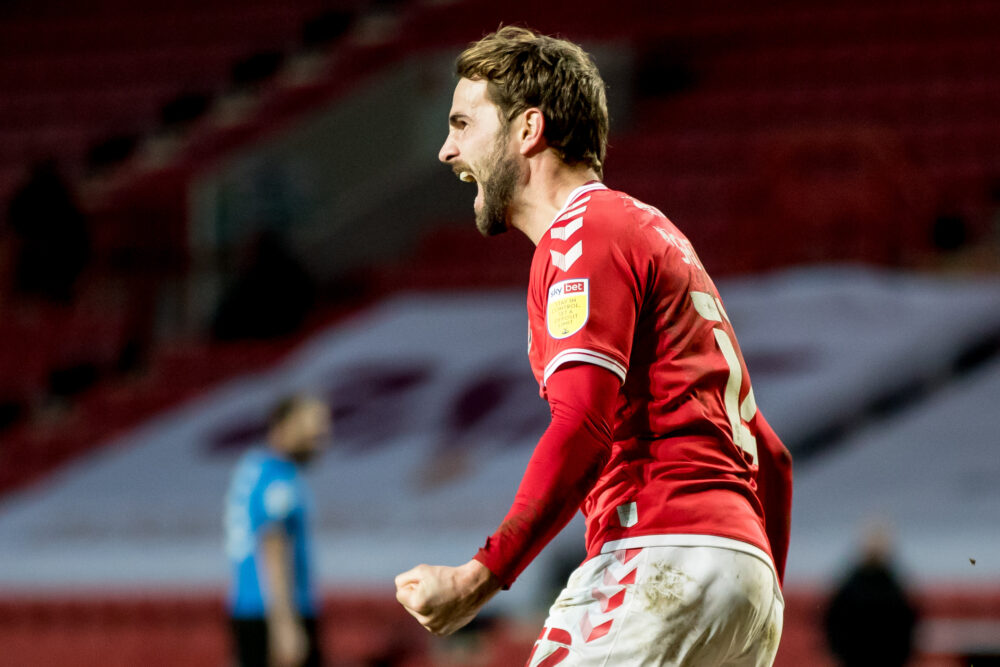 It was a second goal for Shinnie since his loan move from Luton Town in mid-October.

“I crept in there,” said Shinnie. “I knew Cas was going to hit a shot but sometimes they break for you. With Cas’s ability it could’ve been a pass, but I think it was a shot!”

Charlton were also unfortunate to see a Ronnie Schwartz goal – in a move involving Shinnie and Liam Millar – ruled out for offside. 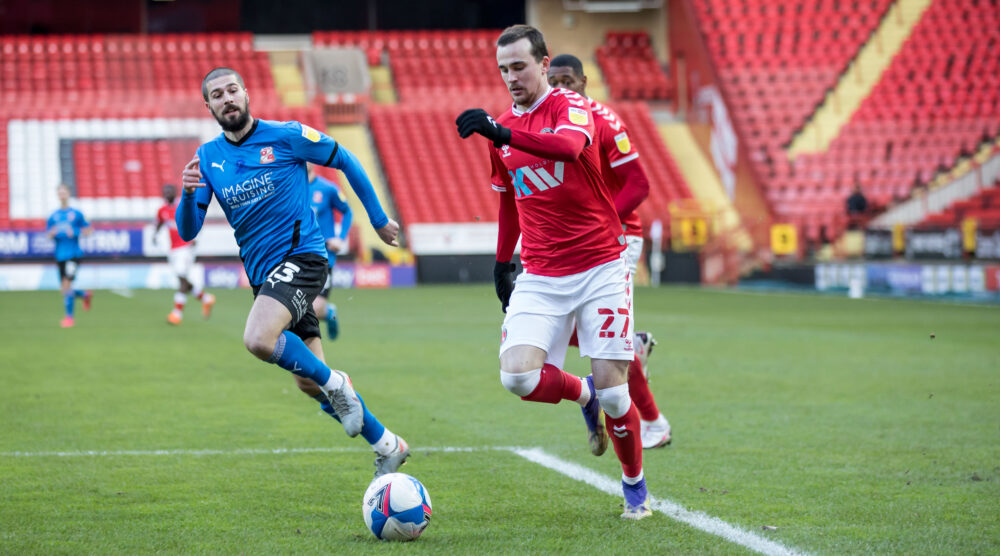 The Addicks moved to a diamond midfield after the restart.

“Liam was brilliant, very sharp,” said Shinnie. “We were maybe outnumbered in the middle of the park at times in the first half. It was a good change from the gaffer, getting more bodies in there. We dominated the ball and should’ve won the game.”

Charlton had a chance to do exactly that with virtually the final kick. Albie Morgan swept an excellent ball through to put Conor Washington in on goal. But after going past Travers the Northern Ireland international could only slam his effort into the side-netting from a tight angle. 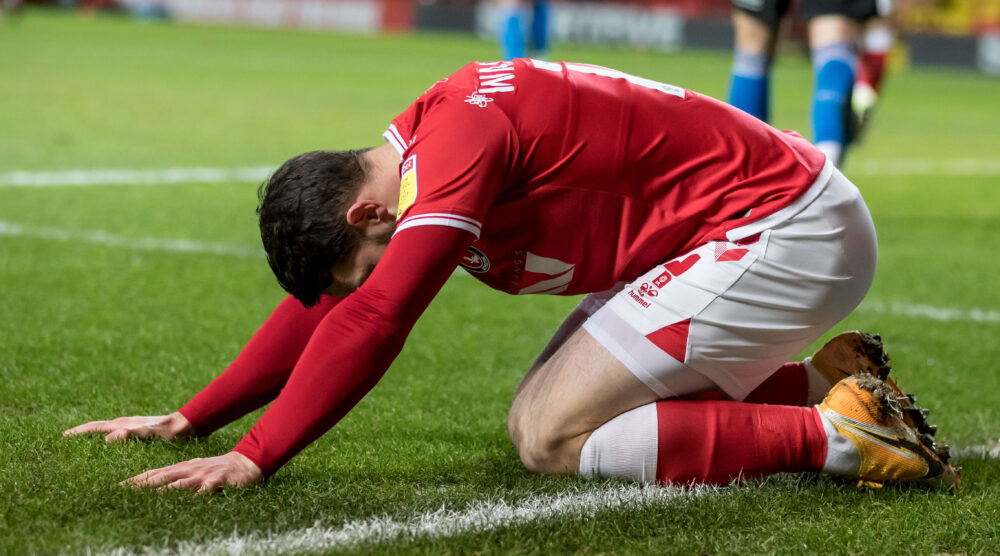 “Conor is a good finisher and when he went around him I thought goal,” admitted Shinnie. “He hits the side-netting but on another day it goes in and we’re buzzing.

“Maybe little things just aren’t going for us. But I feel like we’re close to getting a run together.”