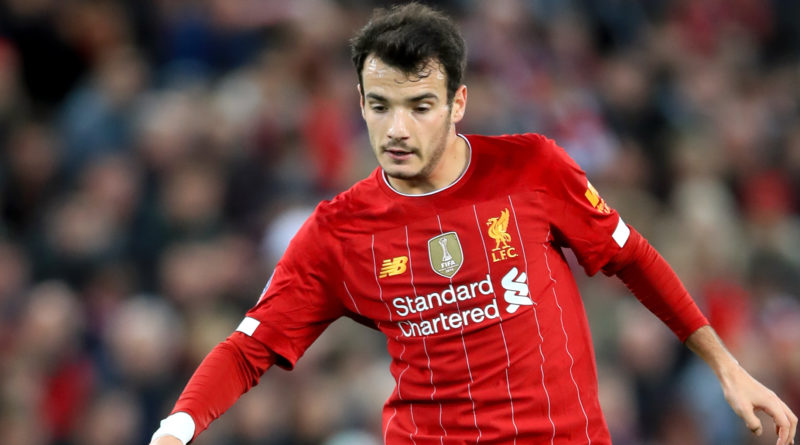 Charlton Athletic are interested in Pedro Chirivella – but Liverpool may not let the Spanish midfielder go out on loan.

The 22-year-old is on a list of targets compiled by the Addicks.

Chirivella, pictured above, played the full match for Jurgen Klopp’s side as they drew
2-2 at Shrewsbury Town in the FA Cup on Sunday.

And while the replay is good news for the League One club, it isn’t such a good outcome for Charlton.

Klopp has already decided his senior players will have a winter break – both the German boss and his first-teamers will not be involved in the return at Anfield.

“The Premier League asked us to respect the winter break,” said Klopp. “That’s what we do. If the FA doesn’t respect that, then we cannot change it. We will not be there.”

Chirivella has previously had loan stints with Go Ahead Eagles and Willem II.

It was thought that Liverpool wanted him to sign a new contract – he is due to be a free agent at the start of July – before they would consider another switch.

Now there looks a good chance he will have a starting spot when they rematch the Shrews.

Charlton only have until 11pm on Friday to add to their squad and are already two down on their previous squad numbers.
Conor Gallagher, Jonathan Leko and Beram Kayal have all had their loans terminated and only Aston Villa’s Andre Green has come in this month on a temporary deal.

But the priority is to add to their midfield ranks after the exits of Gallagher and Kayal.

Charlton have three of their loan slots taken up and can only involve five in a matchday squad.

Florentin Poga – the brother of Manchester United and France star Paul – is training with the Addicks.

The 29-year-old defender is a free agent after leaving MLS side Atlanta.

He had train one day with Luton Town last week but hooked up with the Addicks’ first-team squad for training yesterday.