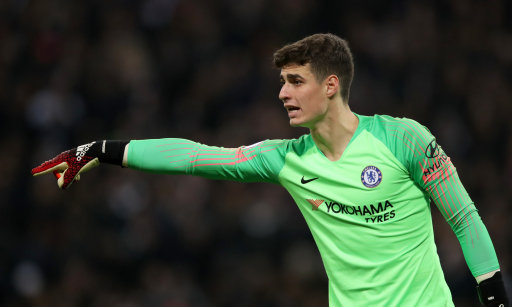 Ruben Loftus-Cheek will be buoyed by the fact his coach Maurizio Sarri has ruled out the midfielder going out on loan in January.

What Loftus-Cheek, 22, makes of that is unclear. What is clear is his growing confidence gained from getting more minutes on the pitch and the recent performances of the side.

Tonight they face Wolves away in the Premier League before they face another day of destiny on Saturday with a home match against Manchester City.

Lewisham-born Loftus-Cheek said: “It is important we go into the Manchester City game with a win and a bit of confidence. We have been given a lift by getting wins in the last two matches, in the Europa League and against Fulham. “They were both decent performances and we will take that to Wolves tonight.

“I’m sure it will be a really tough match so we have to be focused. Every player has to be ready because there are a lot of games coming up. Maybe the manager will rotate the team a bit so everyone has to be prepared.”

One player sure of his place is Spain goalkeeper Kepa Arrizabalaga and Loftus-Cheek is very happy to have the 24-year-old covering his back.

“I have been really impressed with Kepa,” said Loftus-Cheek.

“He is a lovely, lovely guy in and around the training ground. He is not the best speaker of English yet but what he is doing on the pitch, making game-changing saves like the ones against Fulham, is what you need.

“When you want to do well in the Premier League, people always say that you need a top keeper. He is living up to that at the moment.”

Is the defence confident he’s behind them?

“As a team, you’re never going to not concede goal-scoring opportunities. But when you do, you always have a second chance with a top keeper like Kepa. He gets you out of those moments when you might have slipped up as a team defensively. He gets us out of jail at times, which is massive.”

Kepa was a world-record £73million signing from Atletico Madrid in the summer, replacing Thibaut Courtois, what’s the difference between the two?

Loftus-Cheek said: “One thing you notice is that Kepa is not the tallest compared to Thibaut, but he is so good with his feet, so comfortable on the ball. It just makes you feel comfortable when he is in possession even if he is getting pressure from opponents left and right.

“It is what we need with the boss wanting us to play out from the back. He has been a really great addition.

“He looks so cool, calm and collected. He just looks like he loves to play and is having fun. It is the best way to play football but credit to him – he does have a massive price tag and is doing so well.”

He has not being rested for the non-league matches either?

“I have no idea what the manager is thinking,” he said. “ I can only guess that he is giving him as many appearances as he can to help him settle playing in England. But he looks like he’s doing that pretty quickly anyway.”

Does having fellow Spain players like Pedro, Alonso and Fabregas in the squad help Kepa settle in?

“That always helps because he can speak Spanish with them and learn from us English players. But I just think it’s the way he is anyway, he is so calm and easy about everything.”