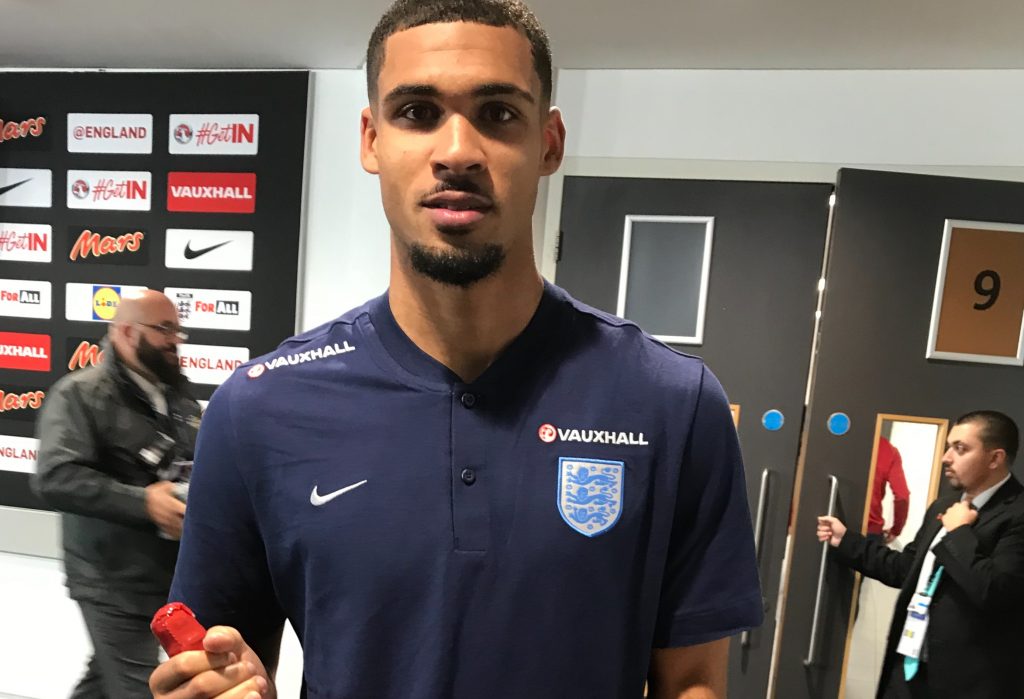 Six months ago, Ruben Loftus-Cheek’s career appeared to be at a crossroads.
His club Chelsea seemed unwilling to give the youngster a run in the first team as yet another season passed him by at Stamford Bridge.
He was a constant high-performer for the young England sides over the past seasons yet his paymasters at SW6 were more concerned to spend millions on foreign players to operate in his midfield berth.
On Friday, through a combination of good fortune in  that so many England regulars were too injured to turn out against Germany and that England boss Gareth Southgate along with his assistant Steve Holland knew all about the 22-year-old’s talent, that Loftus-Cheek was given the dream start to an England senior career.
To do that, he also had to exit Stamford Bridge – a season’s loan at Crystal Palace where he has been outstanding in a relegation-haunted side allowed him to flourish and express his extraordinary talent.
But Loftus-Cheek takes it all in his stride.
“Football’s a strange game,” he said after receiving a man-of-the-match award in the 0-0 draw against the world champions on Friday night.
“It can change very quickly, and I believe that if you do all the right things, train well, eat well, your time will come. Right now I’ve got the opportunity and platform to learn and play every week at Palace so I’m in a good place.”
The midfielder, however won’t be getting carried away with all the attention being heaped upon him.

“I’m just trying not to get too caught up in what everyone else and the media are saying,” he said.
“I just focus on myself, on getting better, on listening to Roy [Hodgson] and the coaches around me, the senior players around me and try to develop into the best player I can be.
“I just have to keep my feet on the ground and keep working. Sometimes it’s easy as a young player when you get exposure for things to change, and it’s hard to deal with. But I don’t think it’ll be difficult for me to keep my feet on the ground – I like to think I’m a humble person. I’ve just got to work hard, keep pushing, stay fit, get as many games as I can and who knows what will happen.”

“I had a lot of texts from the Chelsea boys saying, ‘Just do what you do’. It’s nice,” he said.

“John’s always been supportive of me and he’s still a great player,” he said.
“He’s always trying to help. I’ve bumped into him a few times and we’ve had a few chats, about what it’s like at Villa for him and he’s asking me how I’m doing. He’s always been helpful.”

Was the upcoming World Cup in the summer in Russia on his radar at the start of season?
“No, because the more you play, the more confidence you get,” he said. “At the start of the season I wanted to get a few games and see where I was at.”
While the management at Chelsea over the past couple of seasons have seen fit to offer Loftus-Cheek only a handful of starts, he still has a lot to be grateful for at SW6 in terms of his development as a player – and he has special praise for the academy staff, the likes of Joe Edwards, Jody Morris, Jim Fraser and others.
“These guys have really helped me,” he said.
“And I’m still in contact with them. The way they helped me at the academy, the faith they had in me – I can’t explain what they did for me. They’re such nice people as well, so I thank them for everything.”
Loftus-Cheek is in line to continue his development as a England star of the near future with another run-out for the Three Lions against Brazil, at Wembley tomorrow.