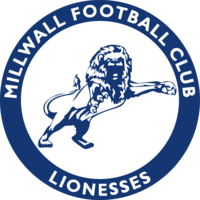 A late strike from Lauren Pickett earned London Bees their first victory of the FA Women’s Championship season with a 2-1 victory against Millwall.

But Barnet left it late to wrap up the points courtesy of a sublime effort from Bees forward Pickett.

The Bees took the lead within the first minute when Paula Howells’ corner was not properly cleared and Bees captain Beckett was left with space at the back post to lift the ball into far top corner.

Millwall were lucky not to go two behind when a sloppy pass-back let Ruesha Littlejohn round the keeper, but oddly opted to turn back and lay off Beckett who couldn’t fire home.

More shaky defending by the Lionesses presented the Bees further chances, but the home side couldn’t find the decisive touch to add a second.

Howells fired an athletic scissor kick from the edge of the area on the half-hour and had she added a little more power then Chloe Sansom may not have got down to save.

But out of nowhere the Bees were caught out and Sunday’s unused substitute Cataldo just had to tuck home from eight yards out to draw level following a defensive mix-up.

A more even second-half saw the game played at a higher tempo, but with further chances wasted by both sides, frustration and irritation took over from the football and frankly neither deserved the three points.

But with 87 minutes on the clock, Pickett cut in from the right and unleashed a cracking curling effort which went in off the post to claim the three points for the home side in dramatic circumstances.

Millwall goalkeeper Chloe Samson said: “Confidence is not low yet with it being so early in the season.

“It was a much-improved team performance, so we are not worrying too much.

“After the West Ham defeat we just looked for positives all week and into tonight’s performance.

“We turn negatives into positives from this game, we will watch the game back thoroughly on Friday and go from there.”

Substitutes: Lauren Pickett for Davey 61, Tricia Gould for Will 86, Connie Forman for Howells