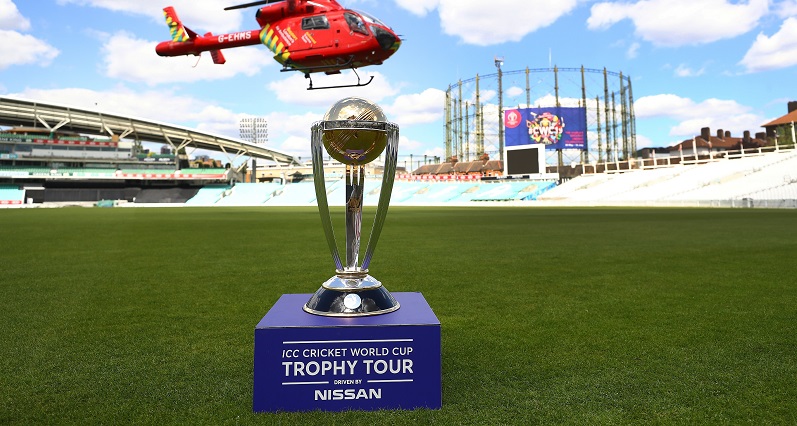 London’s Air Ambulance charity has announced the backing of The Oval for its 30th anniversary campaign Thirty Years Saving Lives.

To celebrate the new partnership London’s Air Ambulance flew the Cricket World Cup trophy from its helipad base at The Royal London Hospital to The Oval.

The flight formed part of the World Cup Trophy Tour, driven by Nissan. The ground hosts the tournament’s opening match between England and South Africa later this month, on Thursday, May 30.

The Oval will work with London’s Air Ambulance charity throughout the year, with further details announced in due course.

Jon Surtees, Head of Community at The Oval said: “London’s Air Ambulance has been a vital resource for the capital for the past 30 years and we’re delighted to be able to support their anniversary celebrations.

“With the Cricket World Cup, the Ashes and Surrey CCC’s County Championship defence, 2019 is also a massive year for The Oval and to have the trophy flown into our ground by one of London’s most iconic services is a very exciting start.”