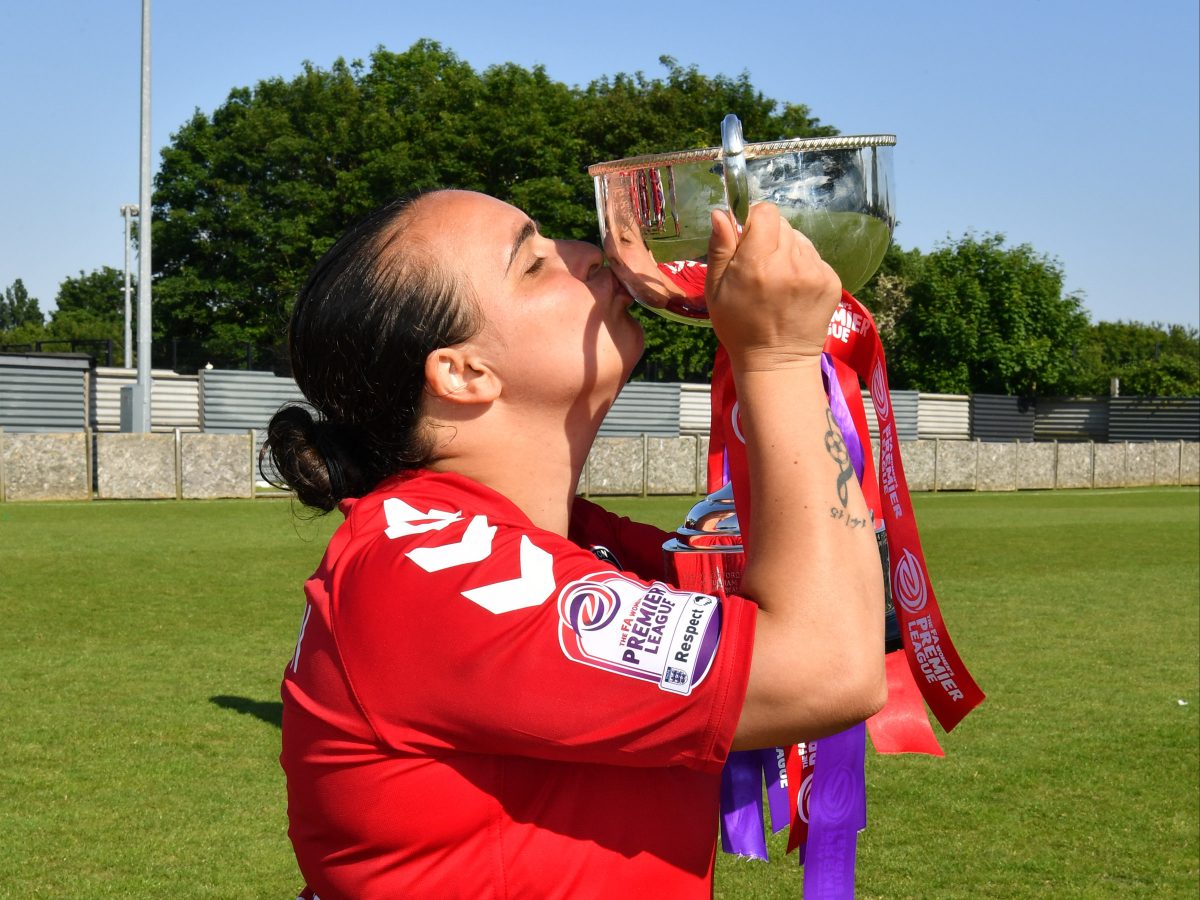 Kim Dixson reckons that work ethic has been key to Charlton Athletic Women’s success this season – and is hoping they can pull off one more big performance in Sunday’s promotion decider against Blackburn Rovers.

Sunday’s play-off against the Lancashire outfit at Sheffield United’s Bramall Lane will decide who wins a place in the new-look Championship next season.

in Charlton’s case, that would prevent them facing a nervous wait to discover if they will move up under a restructuring process that could very well favour Premier League-backed teams.

The form guide is impressive. Charlton wrapped up the FA WPL Southern Division title with a couple of matches to spare. They have not lost in the league since October 11 and scored 36 goals as they wrapped up their regulation campaign with seven straight victories.

Blackburn have been similarly dominant in the Northern Division. They also made it seven wins in succession and were in the play-offs a year ago – ironically at The Valley – where they lost 3-0 to Tottenham Hotspur Ladies.

In terms of the magnitude of the tie, few are better placed to talk about the high stakes then Kim Dixson. The Charlton captain, 30, has been with the club since the age of 10.

“It’s probably the biggest game of a lot of people’s careers,” she said. “Everyone wants to play at a higher level. It’s a big opportunity for us.

“As captain it is probably one of my bigger ones, just because I’ve not played Women’s Super League before. To get back into one of the best leagues is massive for us as a club. I’ve been here through thick and thin.

“I support Charlton, on and off the pitch. I grew up watching Charlton. It’s a very proud season, to be captain as well. Hopefully we can cap it off on Sunday.

“We played Blackburn in the FA Cup earlier this year and it was a very tight game, it went to extra time and we won that in the end. We know it’s going to be a tough game and that both sides have got really good threats going forward.”

Riteesh Mishra’s side finished with a plus-85 goal difference, winning 11-0 against QPR and Swindon Town.

“Our work ethic this season has been massive,” said Dixson. “It’s not just Riteesh. With him, James Marrs (coach) and Josh [Oatham, assistant coach], it is like we’ve got three managers that all bring different things.

“They have come together quite nicely. At the start of the season we weren’t quite sure how it would all work with them three – but it has. It has been proven on the pitch that we work a lot harder for each other now than we probably did six months or 18 months ago when they first came in.”

Charlton will travel up the day before the Blackburn Rovers match and were holding extra training sessions this week – a total of three – to get everything in place.

So will there be a rousing speech from Dixson just before kick off?

“I’ll probably just let it naturally flow rather than something pre-planned,” she said. “We’ve come a long way this season.

“There probably won’t be too much to say on Sunday – we’ll have done our talking during the week. Come Sunday, everyone should know their jobs.

“We went out for a meal [on Sunday] – we’re more together than we have been in years. That has helped massively.”

Kit Graham has taken plenty of the headlines as she moved past the 200-goal mark for Charlton – with her ratio a smidgeon over a goal every game.

The striker has been hugely prolific.

“Kit Graham will always score goals, whatever team she is in,” said Dixson. “But this season other players have chipped in around her – Charlotte Gurr has been a great addition.

“It has been a massive squad effort with players coming in and out of the side. It’s not just been about 11 players and it will probably be that on Sunday – a proper, proper team effort to get us over the line.”

The Championship is set to contain the likes of Manchester United next season. Other big-hitters are also aiming to gain upgrades, with clubs switching positions based on the strength of their applications.

“We’ve just got to concentrate on getting their first,” said Dixson. “We played Arsenal this season in the FA Cup – that was quite a good step-up for us but we really enjoyed the test. That’s what everyone wants, to be tested in their careers. Playing against the best opposition, you get the best out of yourselves.

“We just concentrate on this week and no further. It is a massive week.”