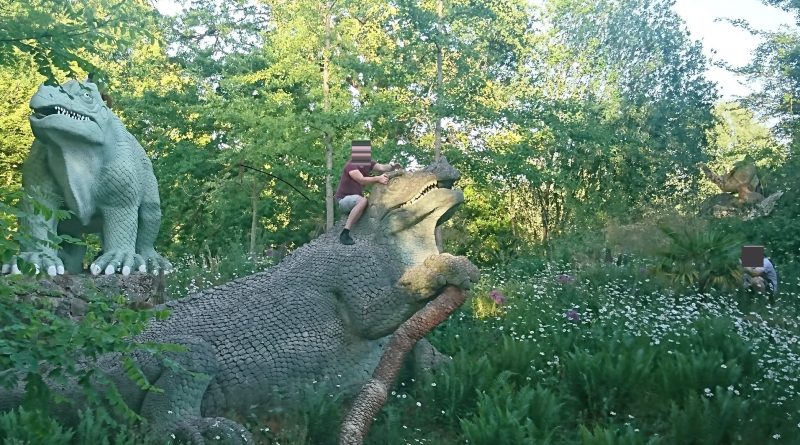 A picture of young men climbing and ‘riding’ the Crystal Palace Dinosaurs has emerged on social media, just days after it was revealed one of the sculptures had been extensively damaged.

An image, said to have been taken on Thursday afternoon (May 28), shows two men climbing the heritage-listed iguanodons while another appears to take photographs.

It comes just days after the Friends of Crystal Palace Dinosaurs, the trust charged with protecting the iconic sculptures, revealed one of the statues was badly damaged earlier this month.

In that incident on May 18, a large part of the jaw of a statue of Megalosaurus broke off overnight.

While the trust said it was still unclear whether the ancient reptile had been intentionally damaged or had succumbed to a pre-existing crack in the structure, it confirmed the Metropolitan Police are investigating the incident as a potential heritage crime.

The trust had previously appealed to anyone who had information about the damage to contact police on 101 citing crime reference 3309498/20.

In a statement about the incident, the trust wrote they were working with Historic England, Bromley Council, and the police to establish the cause of the damage.

The trust confirmed on Friday the image had been referred to London Metropolitan Police.

The dinosaurs are part of more than 30 animal sculptures in the park which are on the Heritage At Risk register.

Built between 1852 to 1855 by sculptor and natural history artist Benjamin Waterhouse Hawkins, the statues are often looked as exemplifying advances in science since their creation.