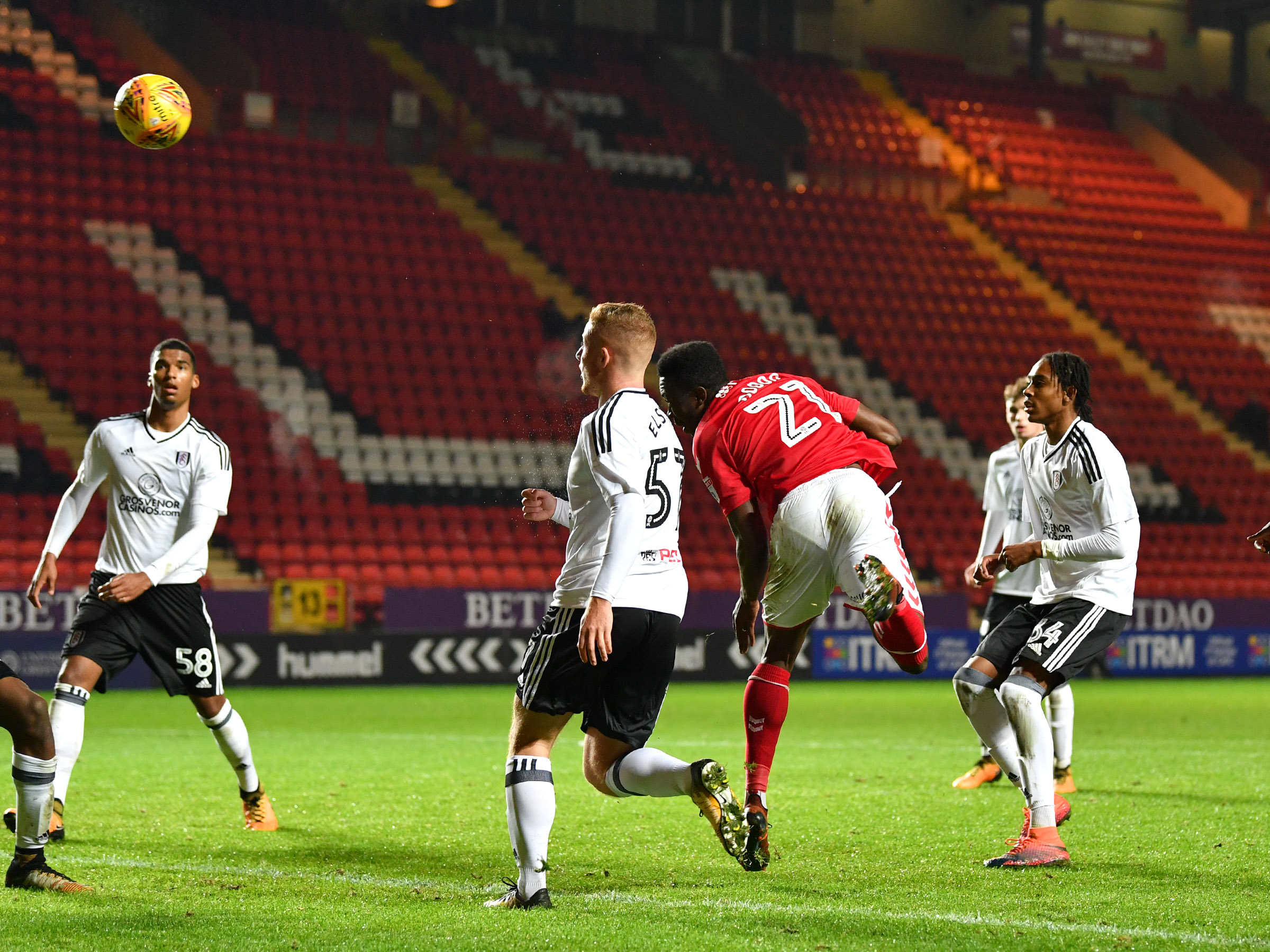 Charlton Athletic were record-breakers on Wednesday night – but it only served to sum up the pretty pointless nature of the EFL Trophy.

A Valley crowd of 741, all housed in the lower tier of the West Stand, is the lowest home attendance for a competitive fixture involving the Addicks.

That beats, if that is even the right word, the 817 who turned up for a Full Members Cup tie against Bradford City in 1986. The problem with the EFL Trophy – sponsored by Checkatrade – is that no-one really cares about it until the Wembley final is in sight. You could hire a plumber, builder, carpenter or candlestick-maker from the aforementioned sponsor and they would not be able to fix the tournament so that it actually felt important.

Charlton are definitely through to the knockout stages after a late turnaround against Fulham to make it two straight victories to top Group A in the southern section. Next week’s visit of Portsmouth to SE7 will determine who finishes first and lands a home tie in the next stage, due to be played early in December.

Aribo has been one of the big losers from Robinson’s summer renovation of his squad. The 21-year-old’s only League One action this season has been as an 89th-minute substitute at Fleetwood. The cups have been his chance to gain some minutes but it remains to be seen if his late winner in midweek – a first senior goal – keeps him in a starting spot for Sunday’s visit of non-league Truro City.

Dillon Phillips made a fine reaction save to prevent Fulham’s under-21 side moving 3-1 ahead and it proved to be crucial as Joe Dodoo headed beyond Magnus Norman with two minutes of normal time remaining. Penalties loomed but Karlan Ahearne-Grant’s low cross was met first time by Aribo. It’s hard to imagine anyone in the stand left early and missed the winner, there was no traffic to beat.

Jon Dagur Thorsteinsson is a name to take note of. Not just because you would need it written down to spell correctly. The Icelandic left-winger was classy for Fulham and produced a sweet curling effort to hand the visitors an early lead. He also slipped in Elijah Adebayo, who caused Cummings problems, only for Phillips to come to the rescue of his side.

Charlton gained more control as the first half wore on and a misdirected header by a Fulham defender attempting to clear Mark Marshall’s deep cross was dispatched by Ben Reeves on the half-hour mark. The summer signing from Milton Keynes has netted both his goals this season in the EFL Trophy.

Cameron Thompson put Fulham back in front but the goal had an element of fortune to it as a deflection looped the ball over Phillips.

Charlton’s late fightback made it eight matches undefeated in all competitions. But there is only one that really matters this season – heading back into the Championship by any means necessary.