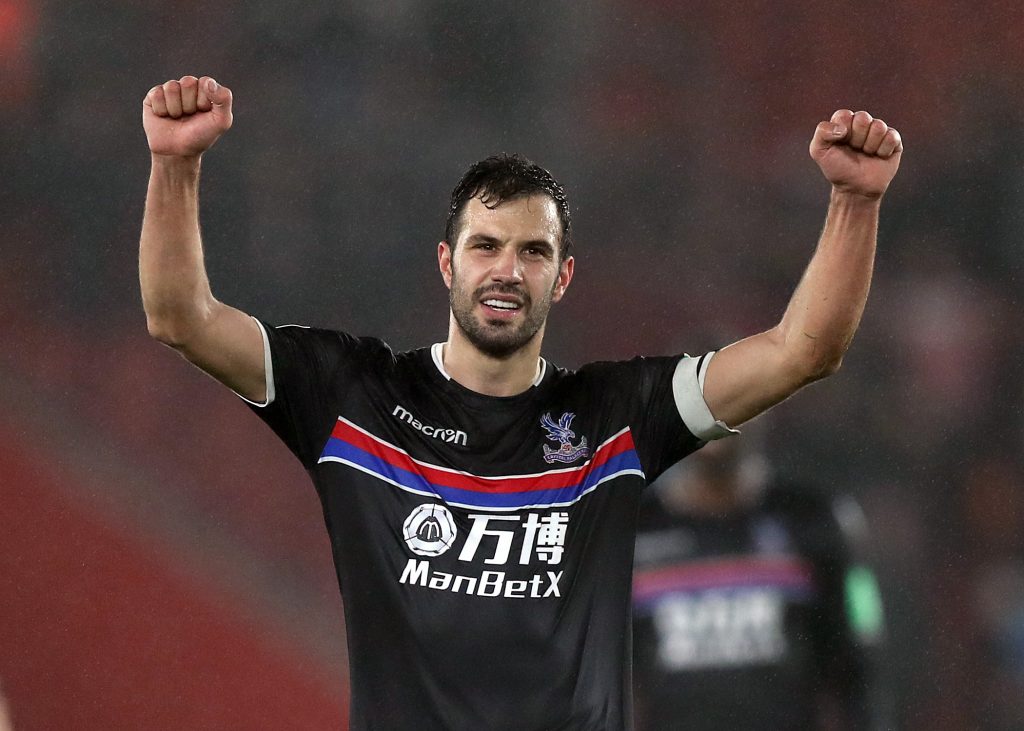 Luka Milivojevic has thanked his team-mates and Crystal Palace fans for their backing after his penalty miss against Manchester City – with the Serbian midfield enforcer producing a late winner at Southampton on Tuesday.

The 26-year-old curled across Saints stopper Alex McCarthy as the Eagles soared to 14th in the Premier League table.

Milivojevic had a glorious chance to also earn the South London club a victory over Manchester City on New Year’s Eve but Ederson saved his poor spot-kick in the closing stages at Selhurst Park.

“They [the players] gave me support,” said the former Olympiacos man. “I have to thank them. No one said anything negative.

“I scored five in a row. I missed one and that happened only because I changed my decision. I did not feel big pressure. In the end I wanted to shoot down the middle but I shot badly.

“It is hard to sleep after that. I felt very bad. But no excuses. There was a very important game in front of us.

“I have to say a big thanks to the fans. After the game against City they were singing my name and gave me enormous support. I am very pleased with our connection.”

Palace have lost just once in their last 11 games with Roy Hodgson working wonders since he replaced Frank de Boer in the Selhurst Park hotseat.

“It is two [defeats] in 14 and we did not deserve to lose against Tottenham,” said Milivojevic. “The gaffer put players in the right positions, we train hard in training and try to improve.

“We have good shape, good organisation and three quality players in front of that. That is what is working and we have to continue like that.”