While it’s less than a week since Luke McCormick became an AFC Wimbledon player, he is already determined to create his own piece of history at Plough Lane.

The attacking midfielder became the first permanent signing of the Mark Robinson era a week ago, putting pen to paper on an undisclosed contract with the Dons.

McCormick spent last season on loan at Bristol Rovers, and despite the Gas finishing bottom of League One, the 22-year-old shone as he contributed six goals and two assists.

One of the 32 players Chelsea loaned out last season, McCormick had acquired an obsessive taste for regular first-team football.

Once it became clear he would not be involved with Thomas Tuchel’s side this upcoming season, he made the tough decision to cut his deal one year early with the Blues and end his 16-year affiliation with the club.

“It was difficult to leave,” McCormick told the South London Press. “The emotional side was tough to take, but in terms of my career, I wanted that feeling of giving my all to a football club. It was disappointing not to have had my opportunity at Chelsea for whatever reason, but I can’t speak highly enough of the club. 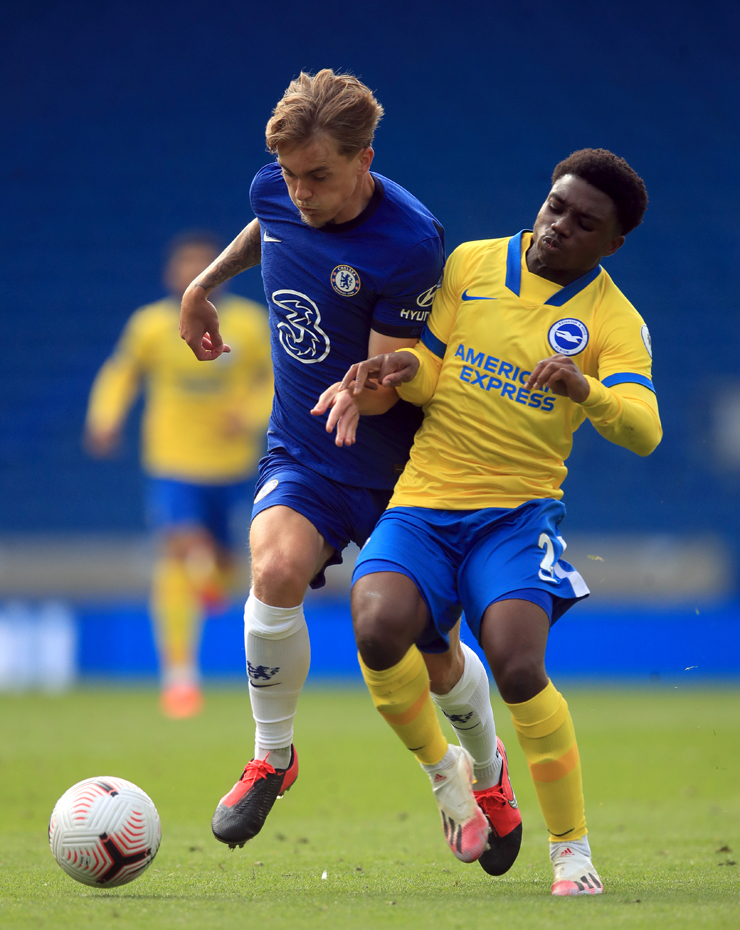 “Once I started playing men’s football regularly, I just wanted to break away from the loan system and make my name for myself. AFC Wimbledon have given me that opportunity – I am so excited.”

Similar to any potential new recruit joining Wimbledon this summer, the initial groundwork began with a presentation five weeks ago from the head coach Mark Robinson.

“It started off differently to what you would normally imagine,” explained McCormick. “Robbo began with the community work and how the club helped the local people of Wimbledon during the pandemic. Then he showed me the ethos and values of the club before moving on to the football side, specifically me, and what I can bring to the team. He sees me how I see myself. I am a box-to-box midfielder that can do a bit of everything. My main attributes are making my way into the box, getting on to the end of crosses, scoring and setting up goals.

“Robbo looks to inspire by creating a culture for his players. It’s so enticing to play under a manager who shares the same views of football. When I step out onto the pitch, I’ll give 100 per cent for him and the football club.

“I fell in love with it, the history, the fact the fans own the club, the size of the fanbase and the story of Wimbledon – to get a taste of that was really hard to turn down.”

While there was serious interest from a mixture of clubs, spread across a variety of leagues, McCormick says: “Once I looked into the history and the story behind Wimbledon, it really grabbed me. I am the type of person who, when I wake up in the morning, wants to strive towards adding my own slice of history to the club.”

McCormick describes himself as having a winning mentality, something which he picked up from his early days in Chelsea’s prestigious academy and from watching and studying clips of his idol, Alan Shearer.

“I want to win at absolutely everything. Whether that’s table tennis, gym work, training or a real game, I want to win.

“Those habits take you forward. You can’t just turn it on and want to win on a Saturday – only the minority can do it. It’s always been embedded in me.”

McCormick impressed at Chelsea’s academy from an early age, rapidly climbing the ranks alongside Mason Mount and Trevoh Chalobah. He signed his first professional contract with the club in 2017.

McCormick’s captained their youth teams, becoming an instrumental player under Joe Edwards in the 2017-18 season as the Blues reached the final of the UEFA Youth League.

The season had just begun, and after being forced off at half-time in an U23 game against Derby County at Stamford Bridge, McCormick went for a scan on his back – it showed that he had picked up a stress fracture that was set to keep him away from football for close to six months.

“I rushed my rehabilitation,” admits McCormick. “I am a wholehearted player. When I was injured, I did everything I could to get back. However, with an injury like that, you need to take your time with it, and I found that hard to manage as a young boy who was itching to make a name for himself in football.

“But it was really good for me mentally to learn how to deal with the ups and downs of football, especially at that moment, when something you love gets taken away from you. I grew a lot off the pitch and matured. I think that’s put me in good stead for my career now.”

When McCormick recovered from his injury, he was ready to break away from youth team football to test himself in the professional game – he signed with Shrewsbury on a season-long loan.

McCormick struggled to impose himself on Sam Ricketts’ plans. He was recalled in January after making just five league appearances for the Shrews.

McCormick’s career kick-started back into life at the beginning of the last campaign. It started with a full pre-season under Frank Lampard, who passed on a piece of advice to the young McCormick that he says will “stay with me forever.”

“Frank told me to focus on my strengths rather than my weaknesses. To keep working on arriving in the box, on really honing my natural abilities and what I am good at and how I can affect the game.

“The short amount of time I spent with him on the training pitch, and watching how he operates, was excellent. If I can be half the player Frank was, I’ll be a happy man.”

McCormick became a fans’ favourite at Bristol Rovers. He established himself as a starter under three different permanent managers and won January’s League One Goal of the Month.

Now McCormick is part of a squad that consists of emerging talent such as Jack Rudoni, Ayoub Assal and Nesta Guinness-Walker.

He said: “It’s brilliant to surround myself with other young talent and for us to try to bring the best out of each other.”

There is also no hint of doubt in McCormick’s voice when asked whether a push for promotion is Wimbledon’s ambition for the season.

“I would absolutely say that. I don’t see why not. We’re a young squad, but we’re going to be fitter than everyone else, our standards will be better, and the mixture of youth and experience can only bode well for a strong season.”