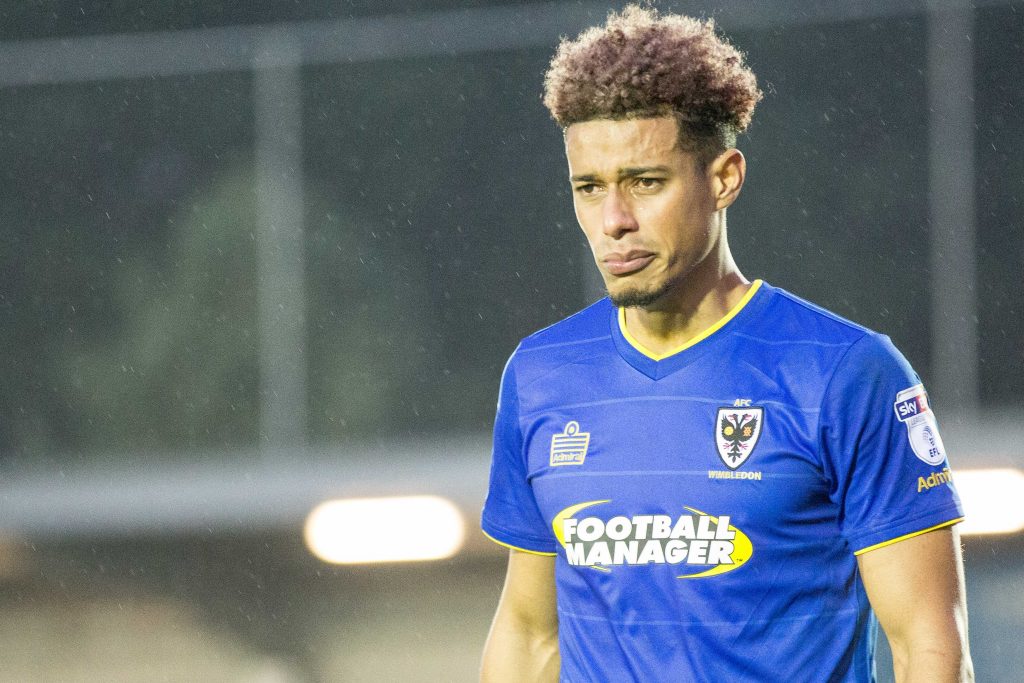 Lyle Taylor starred in AFC Wimbledon’s FA Cup win over Charlton despite a family tragedy only a day earlier.

The striker scored twice for the Dons as they won the South London derby 3-1 to book their place in the third round draw.

But Taylor was clearly emotional at the final whistle after his aunt, who lives in Seattle, lost her battle against cancer on Saturday morning.

“It’s tough – but today was for her,” said the 27-year-old, whose goal tally moved to seven for the campaign. “The manager told me if I needed the time, to be with my family.

“But we’re in a bit of a position which is precarious, to say the least, and it’s not going to get any better being sat at home. I need to be around the boys. I didn’t tell anyone.

“It was said after the game, when I was in tears in the changing room. There’s a lot of emotion.

“Family is family, regardless of whether you see them once a month or once a week. She was on the other side of the world with my uncle. If anything, that makes it a little bit harder – with what has been happening and not being able to be there for him or for her.

“We’ll stick together as a family, pull together and we’ll get through.

“She had had cancer for a while but obviously with the flow of information from my uncle, we thought she had got past it. And then three weeks ago we found out she had three weeks and 12 hours.

“She’s passed, but she is not in pain anymore. That’s a good thing.

“Both goals and the win are for her.”

Cody McDonald, who also netted for the Dons, added: “We didn’t know until after the game.

“He just told us all in there. What character to put on a brave face in training yesterday and before the game. To go out and put in a performance like that, all credit to him.

“We wish him and his family all the best.

“He’s shown a lot of faith in the club and his family to come and play. I’m sure the manager would have let him have today off if he wanted, but he obviously felt he had a job to do and that he wanted to do it for the passing in the family.

“He showed mental strength. He was tearing around at the end, up front on his own. His family should be very proud of him tonight.”