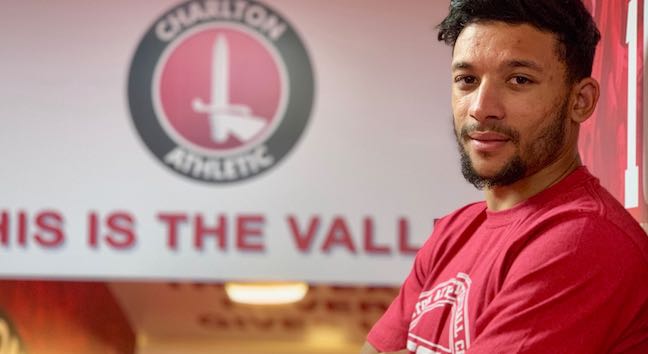 Leyton Orient striker Macauley Bonne kicked off Charlton Athletic’s summer transfer activity when he joined yesterday – and he is the first cash signing made by manager Lee Bowyer.

It is understood that Bonne had a buyout clause in his contract. And the National League side will have to pass a significant chunk of the money on to his former club Colchester United, who negotiated a hefty sell-on when he left in 2017.

It is the first time that Bowyer has paid a transfer fee for a player.

Charlton are working on other deals and are keen on Bristol Rovers defender Tom Lockyer, who is a free agent next month.

They would also move in a flash to take Arsenal striker Eddie Nketiah on loan. But the Lewisham-born 20-year-old is hot property and looks set for either a top Championship side or even a temporary move abroad to further his development.

Charlton have strong links with the Gunners and Krystian Bielik’s season-long stay in SE7 was a huge success. But there is heavy interest from other clubs in England’s second tier for the Polish U21 international.

The Bonne deal gets the Addicks off and running – and bumps up their contracted list of players to 12 for next season.

“They wouldn’t have got promoted without his 23 goals last season.

“He is a game-changer. If he was to come off the bench then I would expect him to make a difference. His goalscoring tally is impressive but his goals-to-chances ratio isn’t so good.

“He’s absolutely superb from the penalty spot, he only missed one for Orient. He scored one against Sutton towards the end of last season in the third minute of additional time – it was a game they needed to win – and that showed what a cool character he is. Bonne loves low crosses and likes the ball to feet and so he can run on to it. He works incredibly hard and makes space for others.”