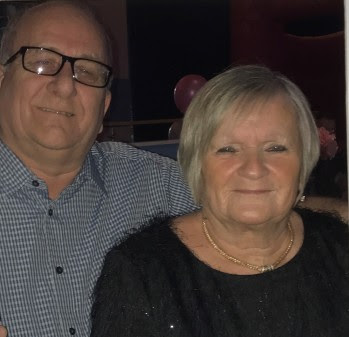 A man has been jailed for nine years after causing the death of an elderly couple in a crash while he was being chased by police in Eltham.

Robert and Shirley Wigzell, both 71, died at the scene when Ben Ord, 41, drove a rental van into their car just after midnight on 23rd February.

Ord was four times over the legal alcohol limit, driving under the influence of drugs, and speeding at over 70mph in a 30mph zone as he tried to evade police.

His van swerved into the oncoming lane and collided with the couple’s Citroen C3 on Footscray Road.

He was found guilty on Thursday of two counts of causing death by dangerous driving and disqualified from driving for 16 years and six months.

Mr and Mrs Wigzell’s relatives said: “Our family has been left completely heartbroken and destroyed by the reckless and selfish behaviour of Ben Ord, he chose to drive a motor vehicle after excessive drinking and drug taking, with total disregard for the safety of others.

“Never again will our lives be the same. Mum and Dad were the core of our family.

“No sentence that has been given will ever be enough, as we will be serving a life sentence without them.

“Two of the most loving and kind people in the world have lost their lives for absolutely no reason, when they should be enjoying retirement and watching their grandchildren and great grandchildren grow up, where is the justice in that.

“We hope that anyone who takes drugs or alcohol before driving thinks twice before doing so, because the trail of devastation and heartache which they would leave behind is endless.”

Detective Constable Alan Curtis, from the Metropolitan Police, said: “Ord had no regard for the safety of others when he set out to evade police and his actions ultimately had tragic consequences.

“This case highlights the dangers of driving under the influence and we hope it will act as a deterrent to anyone intent on doing the same.

“We know nothing can ever ease the pain for the family of the victims but we hope this sentence brings them some element of closure.”