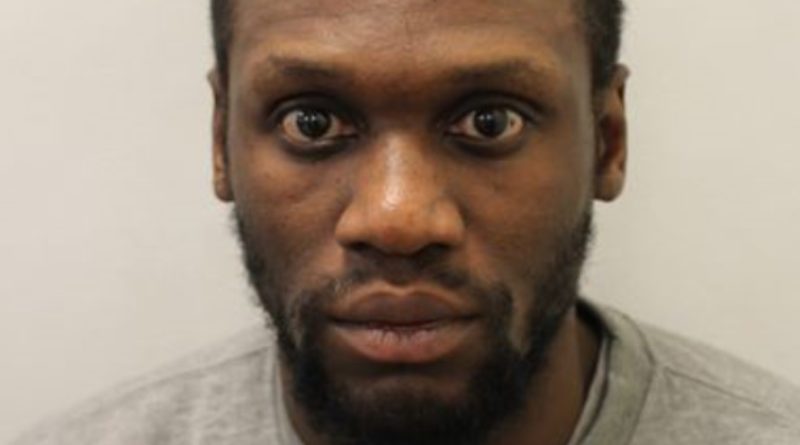 A man has been jailed for 15 years after carrying out a string of armed robberies and threatening customers in a restaurant, writes James Twomey.

Price Dafiaghor, 33, of no fixed abode, was connected by police to four armed robberies in supermarkets in the Streatham area after he was arrested in December last year for threatening a customer in a fast food restaurant in Brixton with a gun.

On December 28, 2018 police were flagged down by members of the public in Brixton to reports of a man believed to be in possession of a gun.

After entering a takeaway restaurant in Brixton Road, Dafiaghor got into an argument with another customer.

He then went to his car and took out a firearm wrapped in a balaclava before returning to the restaurant.

When the altercation escalated, staff and customers spilled out of the shop, stopping passing police vehicles for help.

CCTV played in court showed the defendant calmly leaving the shop, taking the firearm from inside his trousers and placing it in a nearby wheelie bin.

He was detained shortly afterwards in a nearby newsagents and the weapon was quickly recovered.

A subsequent investigation by officers from the Met linked Dafiaghor to four armed robberies which had been committed in South London.

In each, Dafiaghor had entered a supermarket, threatened staff with a firearm and forced them to hand over cash from a safe or till before fleeing the scene.

In some of the robberies, he had taken staff members out of the stores at gunpoint in order to aid his escape.

The four armed robberies took place between September 5 and November 29, 2018.

Detective constable Mark Waker said: “Dafiaghor is a dangerous individual who carried out these violent raids over a number of months and showed a complete disregard for the staff and public who were caught up in these attacks.

“As well as significant financial loss, these incidents left the victims involved traumatised and we want to pay tribute to those who assisted the investigation.

“We are pleased he has now been brought to justice and faces a considerable time to reflect on his reckless actions.”