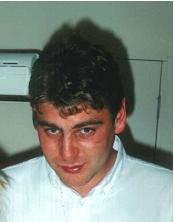 The man who died after a suspected burglary incident where a 78-year-old was arrested for murder, has been identified as 37-year-old Harry Vincent.

The police were called by a homeowner to reports of a burglary in progress at an address on South Park Crescent, Lewisham at 12:45am on Wednesday.

The pensioner found two men inside the address and a struggle ensued between him and the men.

It is believed that one of the suspects had a screwdriver and threatened the homeowner with it.

One of the men, aged 37, sustained a stab wound to the upper body.

Henry, who was found collapsed in Further Green Road, suffered a stab wound to the upper body.

He was taken by the London Ambulance Service to a central London hospital where he was pronounced dead at 3:37am.

A post-mortem examination has given a provisional cause of death as a stab wound.

Detective Chief Inspector Simon Harding, of the Homicide and Major Crime Command, is leading the investigation.

He said: “I would like to speak with anyone who has information regarding the outstanding suspect from the burglary, who is believed to be a white male; he may have told someone what happened at the address.

“It is possible that he fled the scene in a vehicle, possibly a white van, leaving the scene in the direction of Further Green Road. Did you see this vehicle? Do you know where it went after this? I ask anyone who can help to call our incident room as soon as possible.”