You can play well, you can create several chances and be defensively solid, but against the Premier League’s top two teams it is becoming increasingly common that you do all those things and still lose alarmingly comfortably.

Manchester City entered this game having suffered a rare defeat by Wolves before the international break. But what Pep Guardiola’s side are so good at – among many other things – is following up losses with victories. They then win again and again until the next defeat feels like a crisis.

Palace’s 2-0 defeat on Saturday was just further evidence of the widening gap between the division’s elite and those below. There is often talk of there being a group of six teams who occupy the top of the Premier League, but it is actually a top two consisting exclusively of Man City and Liverpool.

Both have set standards that are near-perfection. Guardiola’s team have lost just eight league games in three seasons. Liverpool’s only league defeat since the beginning of the previous campaign was inflicted by their title rivals. Palace’s win at Anfield in April 2017 remains the Reds’ latest loss at home. 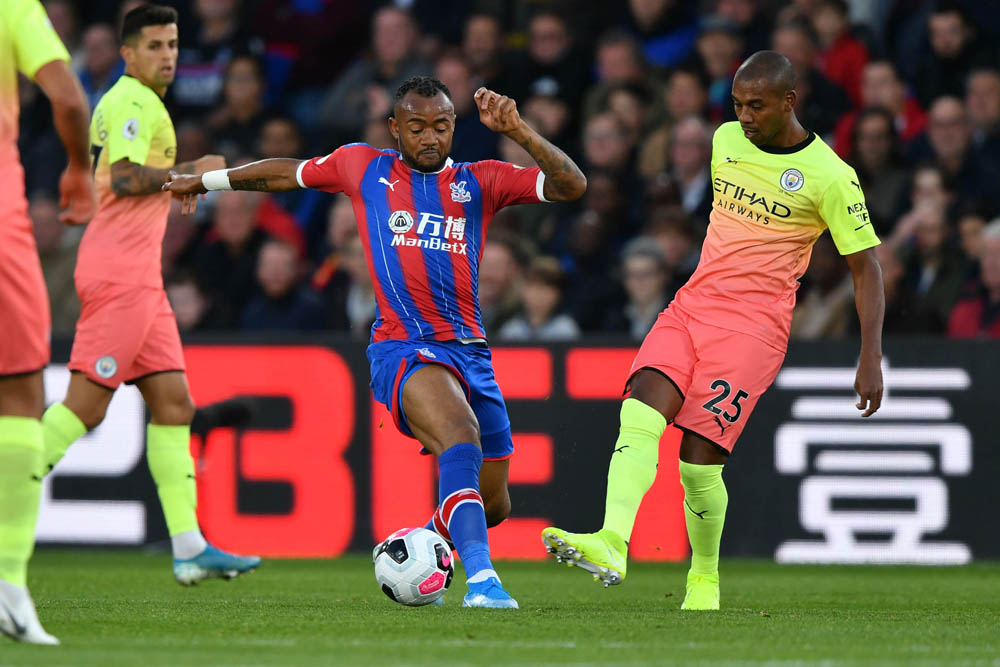 The dominance asserted by the pair is what makes Palace’s success at the Etihad Stadium last December all the more remarkable.

It helps when you have the financial backing of Abu Dhabi royalty – as City do – and the difference in quality at Selhurst Park was evident. It was a Palace team that cost very little against a vehicle put together with the help of over £1 billion.

A tifo displaying Joel Ward was unfurled by the Holmesdale Fanatics prior to kick-off to commemorate the club’s longest-serving player reaching 200 league appearances before the international break. 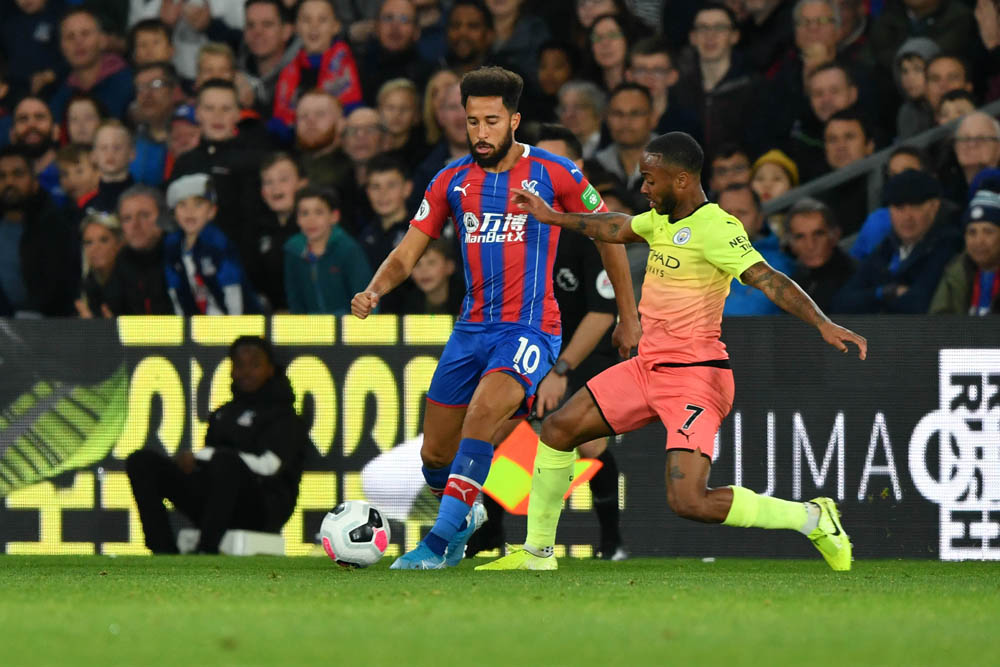 Ward was signed from Portsmouth for £400,000 in 2012 as a cheap replacement for Nathaniel Clyne. He is one of only two members of the promotion-winning team still at the club and on his 201st league appearance he found himself up against a left-wing combination of Raheem Sterling and Benjamin Mendy that cost around £100m.

It is to Ward’s credit that he kept the pair relatively quiet. However, you can nullify two of this Man City team and the other nine will take you apart piece by piece. 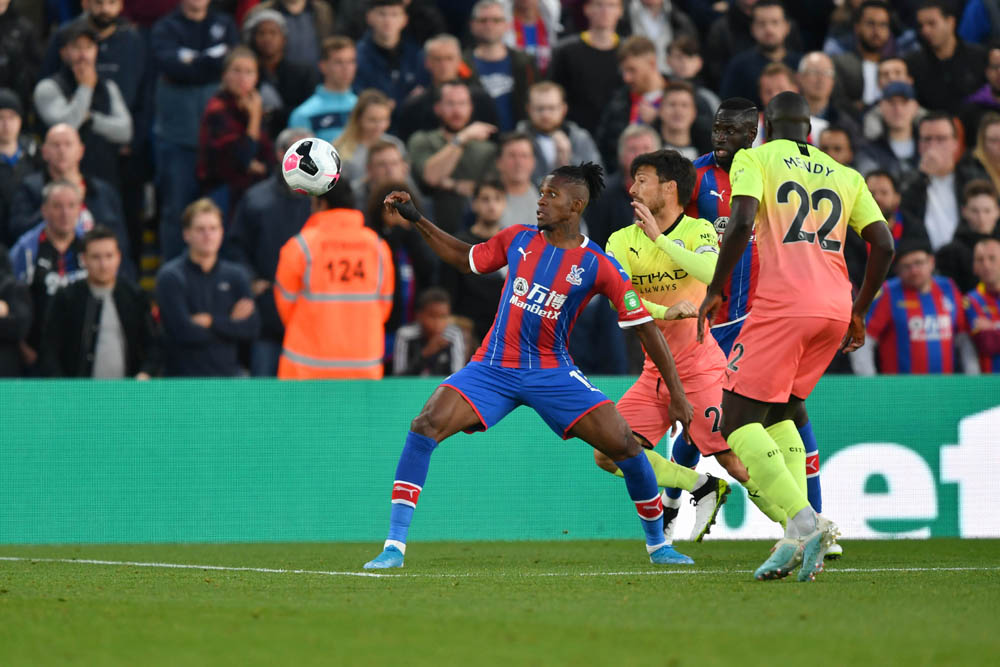 Sterling only had two serious involvements in this game. His second was to completely miss the target from six yards but the first was a wonderful flicked pass into the path of David Silva, who swivelled and volleyed through the legs of Wayne Hennessey and into the net.

That goal came within 90 seconds of a Gabriel Jesus header which squirmed in via the post. Only a few minutes before Silva’s goal it felt like Palace had been excellent and probably deserved to be level at half-time. Now it was 2-0 and the result was a foregone conclusion. 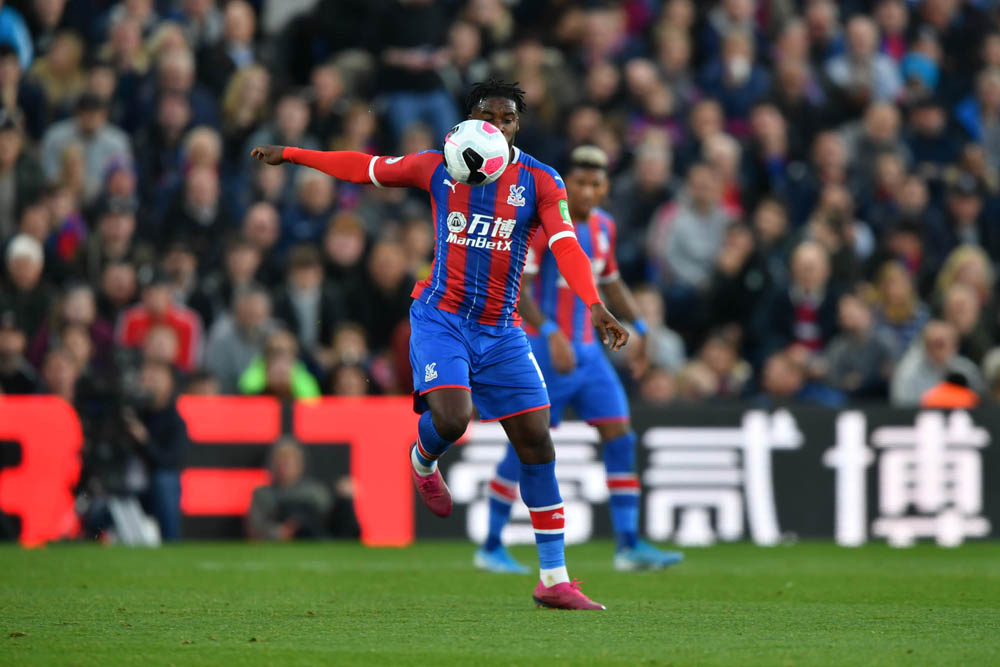 Aymeric Laporte is absent until February, Nicolas Otamendi picked up a knock on international duty and John Stones was deemed not fit enough to start.

Guardiola opted to use midfielders Fernandinho and Rodri as a defensive pairing. The duo played so high up that they could feasibly be described as holding midfielders, such was the way the Mancunian outfit swarmed Palace’s territory.

It meant Roy Hodgson’s side struggled to advance out of their own half. They seemed almost suffocated by their opponent’s domination of the space on the pitch. 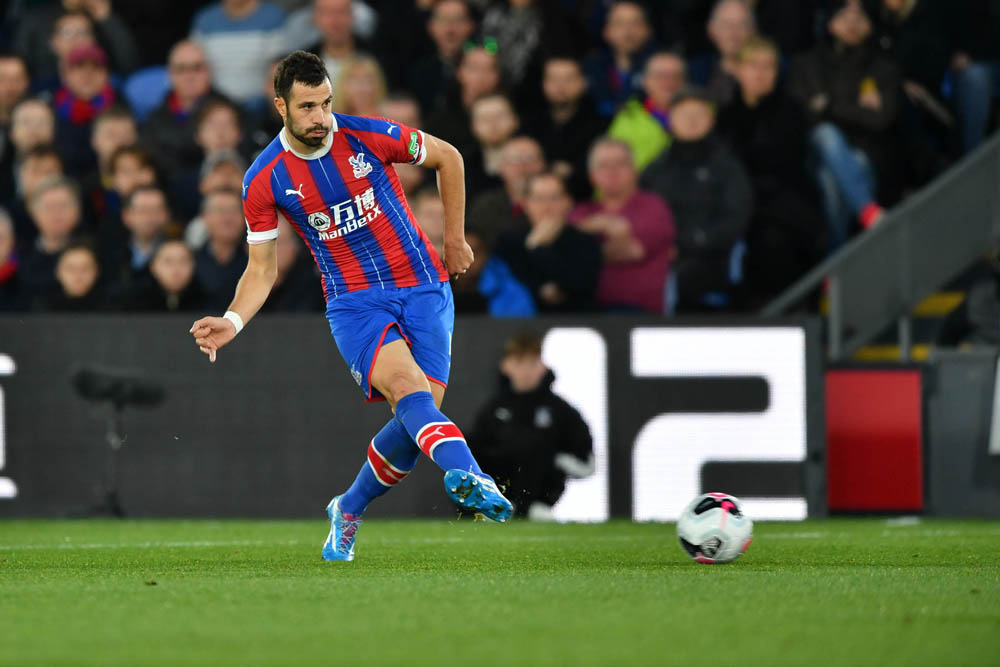 This was not even a bad performance by the South Londoners. Christian Benteke had a header tipped on to the crossbar by Ederson. Wilfried Zaha also found the Brazilian in excellent form having had a ferocious strike batted away – Jordan Ayew scuffed the rebound over the bar.

But had Palace scored, the visitors would have just gone up a gear, advanced towards goal and scored their third. That is exactly what they did in this fixture last season after Luka Milivojevic had struck home a free-kick to earn a goal back.

After the game, Manchester City were changed, had done their media duties and were on their bus home within half an hour of full time. They play away against Atalanta in the Champions League tonight before hosting Aston Villa on Saturday. 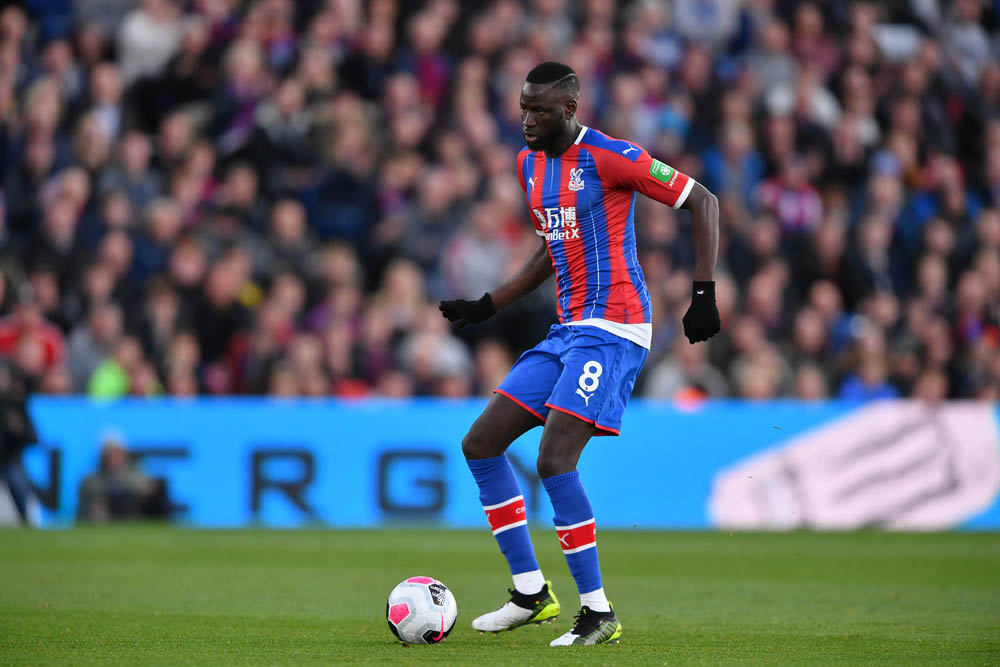 This machine will no doubt dispatch both with the same authority and ruthlessness with which they handled Palace. The gap between clubs of the Eagles’ stature and that of Manchester City – and Liverpool – has never been so large.